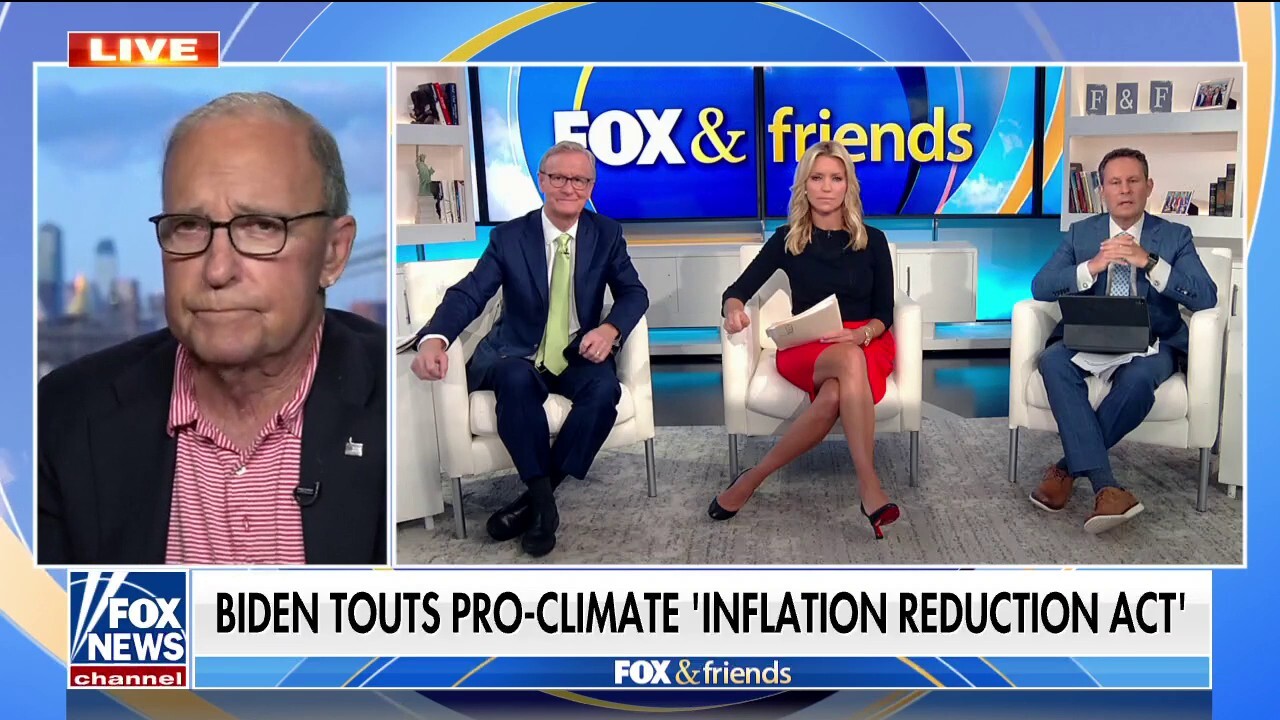 Larry Kudlow criticized two new spending bills in the wake of the U.S. officially entering a recession. On “Fox & Friends” Friday, the “Kudlow” host argued government spending and tax hikes will only cause “higher inflation” and a “worse recession.”

LARRY KUDLOW: So wait a minute. Let me get this right. Sit back for a minute. In the space of 48 hours, you have these two huge bills. Okay. Chips plus, which is an industrial policy, corporate welfare bill. And then you have reconciliation. All right. So the sum total is $870 billion in new spending, $870 billion in new spending, which is guaranteed to raise inflation. And you have $740 billion in higher taxes. So there is no deficit reduction. There’s a massive tax increase, which is going to do great harm to businesses and working folks. And finally, you have this huge volume of spending, which, I thought there was an agreement in Washington that too much spending causes higher inflation. Tax hikes are going to cause a worse recession. If you guys can figure out the economic logic of this, please come on my show and explain it to me, because I don’t get it.

WATCH THE FULL VIDEO BELOW:

This article was written by Fox News staff.