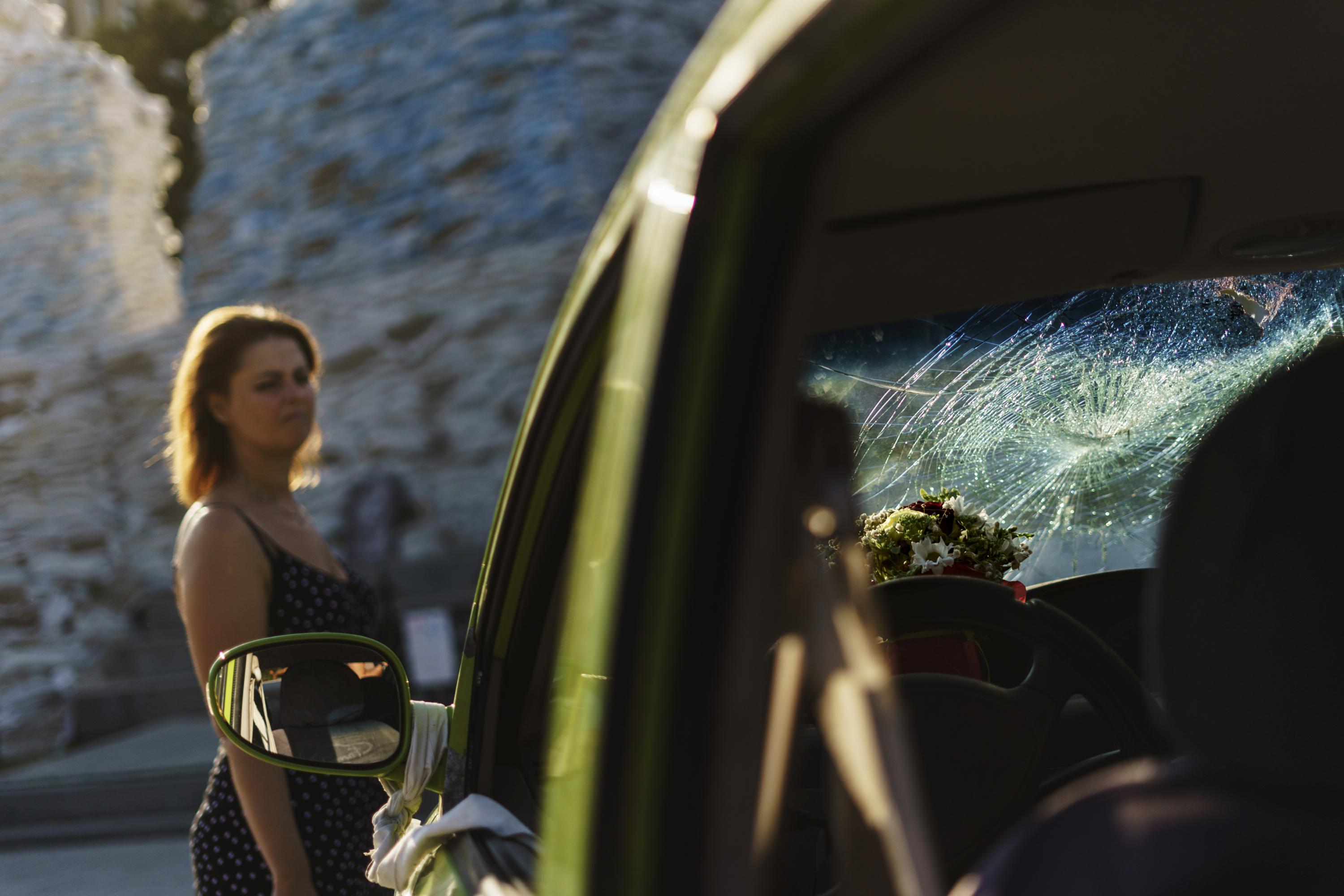 The explosion at the headquarters in the city of Sevastopol on the Crimean peninsula that Russia annexed from Ukraine in 2014 caused cancellation of observances of Russia’s Navy Day holiday.

The Black Sea Fleet’s press service said the drone appeared to be homemade. It described the explosive device as “low-power” but Sevastopol mayor Mikhail Razvozhaev said six people were injured in the blast.

There was no immediate information on where the drone began its flight; Sevastopol is about 170 kilometers (100 miles) south of the Ukrainian mainland and Russian forces control much of the mainland area along the Black Sea.

In the Sumy region in Ukraine’s north, near the Russian border, shelling killed one person, the regional administration said.

Three people died in attacks over the past day in the Donetsk region, which is partly under the control of Russian separatist forces, said governor Pavlo Kyrylenko.

Mykhailo Podolyak, an adviser to President Volodymyr Zelenskyy, said Sunday on Twitter that images of a prison where at least 53 Ukrainian prisoners of war died in an explosion on Friday indicated that the blast came from within the building in Olenivka, which is under Russian control.

Russian officials have claimed the building was attacked by Ukraine with the aim of silencing POWs who might be giving information about Ukrainian military operations.

Satellite photos taken before and after the attack show that a small, squarish building in the middle of the Olenivka prison complex was demolished, its roof in splinters.

Podolyak said those images and the lack of damage to adjacent structures showed that the building was not attacked from the air or by artillery and contended the evidence was consistent with a hyperbaric bomb set off inside.