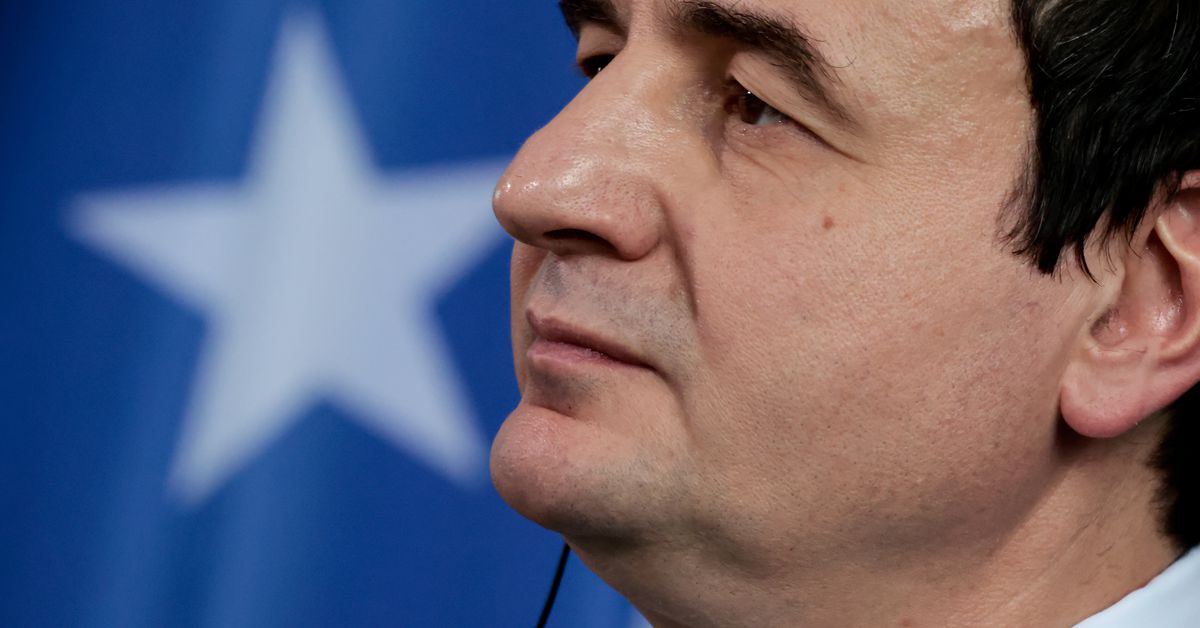 MITROVICA, Kosovo, July 31 (Reuters) – Kosovo police said they closed two border crossings in the volatile north after local Serbs blocked roads and fired shots at police in protest at an order to switch Serb car license plates to Kosovan ones within two months.

Fourteen years after Kosovo declared independence from Serbia, some 50,000 Serbs living in the north use license plates and documents issued by Serbian authorities, refusing to recognize institutions under the capital, Pristina. Kosovo has been recognised as an independent state by more than 100 countries but not by Serbia or Russia.

The government of Prime Minister Albin Kurti said it would give Serbs a transitional period of 60 days starting Aug 1 to get Kosovo license plates, a year after giving up trying to impose them due to similar protests.

The government also decided that as of Aug 1, all citizens from Serbia visiting Kosovo would have to get an extra document at the border to grant them permission to enter.

A similar rule is applied by Belgrade authorities to Kosovars who visit Serbia.

The protesters parked trucks filled with gravel and other heavy machinery on roads leading to the two border crossings, Jarinje and Bernjak, in a territory where Serbs form a majority.

Police said there were shots fired “in the direction of police units but fortunately no one was wounded”.

It also said angry protesters beat up several Albanians passing on the roads that had been blocked and that some cars had been attacked.

Air raid sirens were heard for more than three hours in the small town of North Mitrovica inhabited mainly by Serbs. A year ago, after local Serbs blocked the same roads over license plates, Kosovo’s government deployed special police forces and Belgrade flew fighter jets close to the border.

Tensions between the two countries are now at their highest in years and Kosovo’s fragile peace is maintained by a NATO mission which has 3,770 troops on the ground. Italian peacekeepers were visible in and around Mitrovica on Sunday.

The two countries committed in 2013 to a dialogue sponsored by the European Union to try to resolve outstanding issues but little progress has been made.