Prime Minister Yair Lapid on Sunday addressed the scourge of violence against women, saying it was “a stain on the country and it cannot continue.”

“Additional horrifying details were revealed in the rape case of the female prison guard. Additional humiliating correspondence was discovered from the soccer players,” Lapid said, referring to the Israeli soldier who said she was repeatedly raped by a Palestinian security prisoner while serving in Gilboa Prison, as well as newly released text messages between two top Israeli soccer players who were suspected of statutory rape in 2020 but whose case was closed and who continued their playing careers.

“Even though all of these cases differ from each other, they have one common denominator: terrible violence directed against women. It is our responsibility as a society and our obligation as the government to eradicate this phenomenon,” the premier said.

Lapid said he had spoken to Internal Security Minister Omer Barlev and Israel Prisons Service Commissioner Katy Perry on Saturday about the allegation by a former female soldier that she was raped by a security prisoner, having been “pimped out” with her commanders’ knowledge.

“I was presented with the steps that have been taken by the IPS to ensure that such an incident never happens again,” he said.

“The incident, which is under review, and which took place during the term of the previous government, is under a gag order but it must – and will be – investigated. We will make certain that the soldier receives assistance. We will deal with the accused to the fullest extent of the law,” Lapid said. 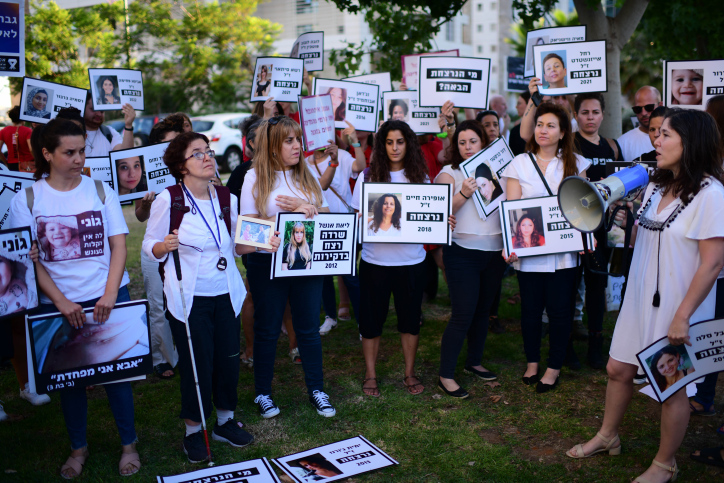 Demonstratos hold signs with images of women who have been killed as they protest against women violence and recent murders of women, in Tel Aviv on June 25, 2022 (Tomer Neuberg/FLASH90)

Last week, a former IDF soldier has said she was repeatedly raped and sexually abused by a Palestinian security prisoner while she served in Gilboa Prison.

Identified under the pseudonym “Hila,” the former soldier said she “became a prisoner, the private sex slave” of a “dangerous terrorist.”

The bombshell remarks identified the prisoner in question as the person who was previously named in the media in connection with reports of female prison guards being “pimped out” to prisoners.

Reports of female IDF soldiers being sexually harassed and assaulted in Israeli prisons surfaced several years ago, but then were largely dropped until last year when a probe was reopened following new evidence.

Last week, the Ynet news site reported that a Palestinian prisoner convicted of terrorism, Mahmoud Atallah, was being investigated by police over sexual assault while behind bars.

Atallah has been in solitary confinement since 2018, over a scandal in which an intelligence officer allegedly “pimped” female guards to him and to other Palestinian inmates, at his request. 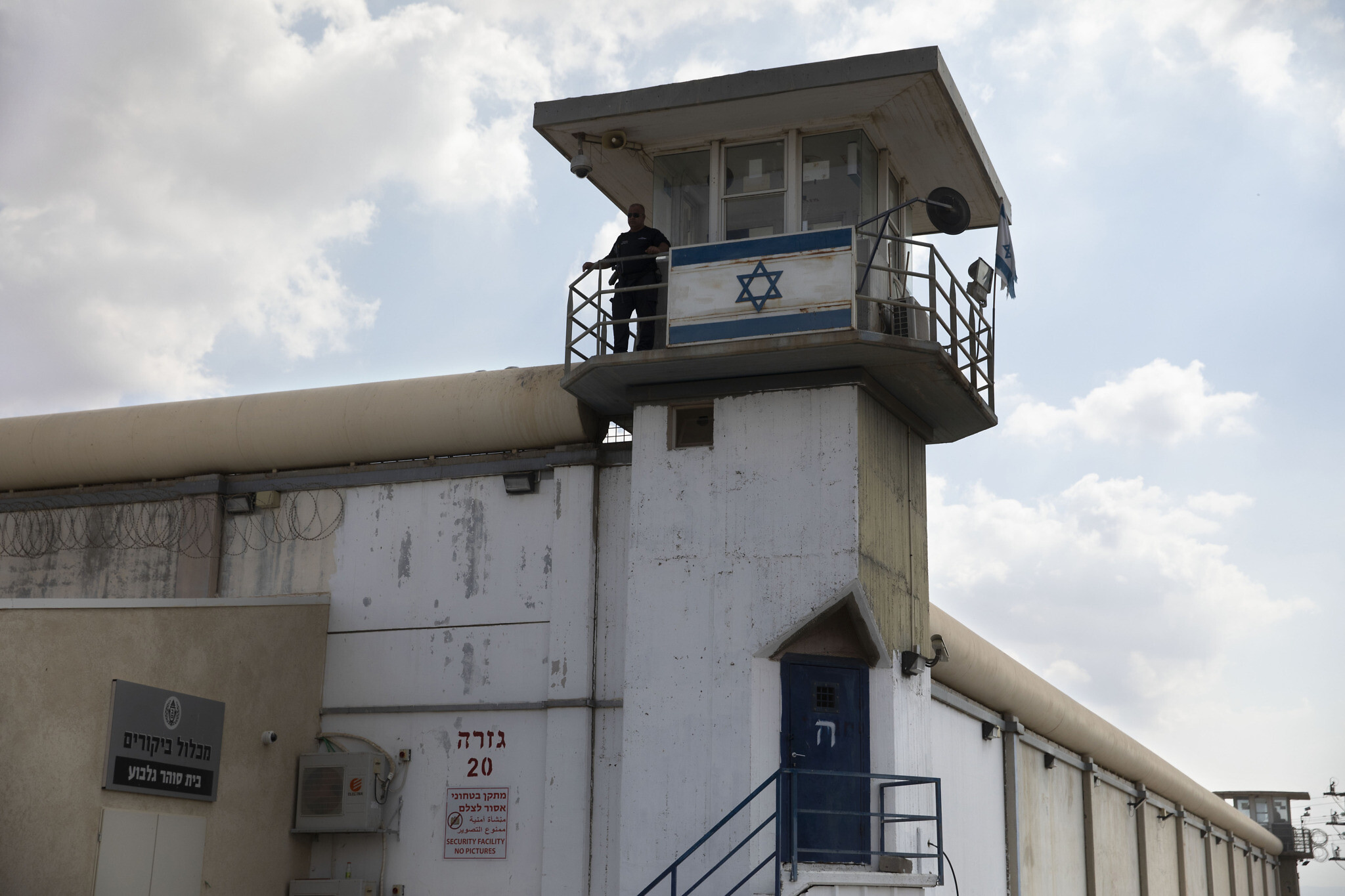 Meanwhile, Gilboa Prison commander Freddy Ben Shitrit, who in November last year confirmed some of the disturbing reports from 2018, was accused Sunday by a state commission of inquiry of making his previous remarks as an attempt at redirecting responsibility away from himself.

“You caused a huge storm when you raised the matter of the prison pimping. I believe you consciously did so as ‘spin,’” charged the panel’s head, retired judge Menachem Finkelstein. Ben Shitrit denied the accusation.

Ben Shitrit was not serving at the prison when the incidents allegedly took place but held a senior position as deputy to then-acting IPS commissioner Asher Vaknin, who according to Ynet, had tried to silence the allegations and decided not to investigate. 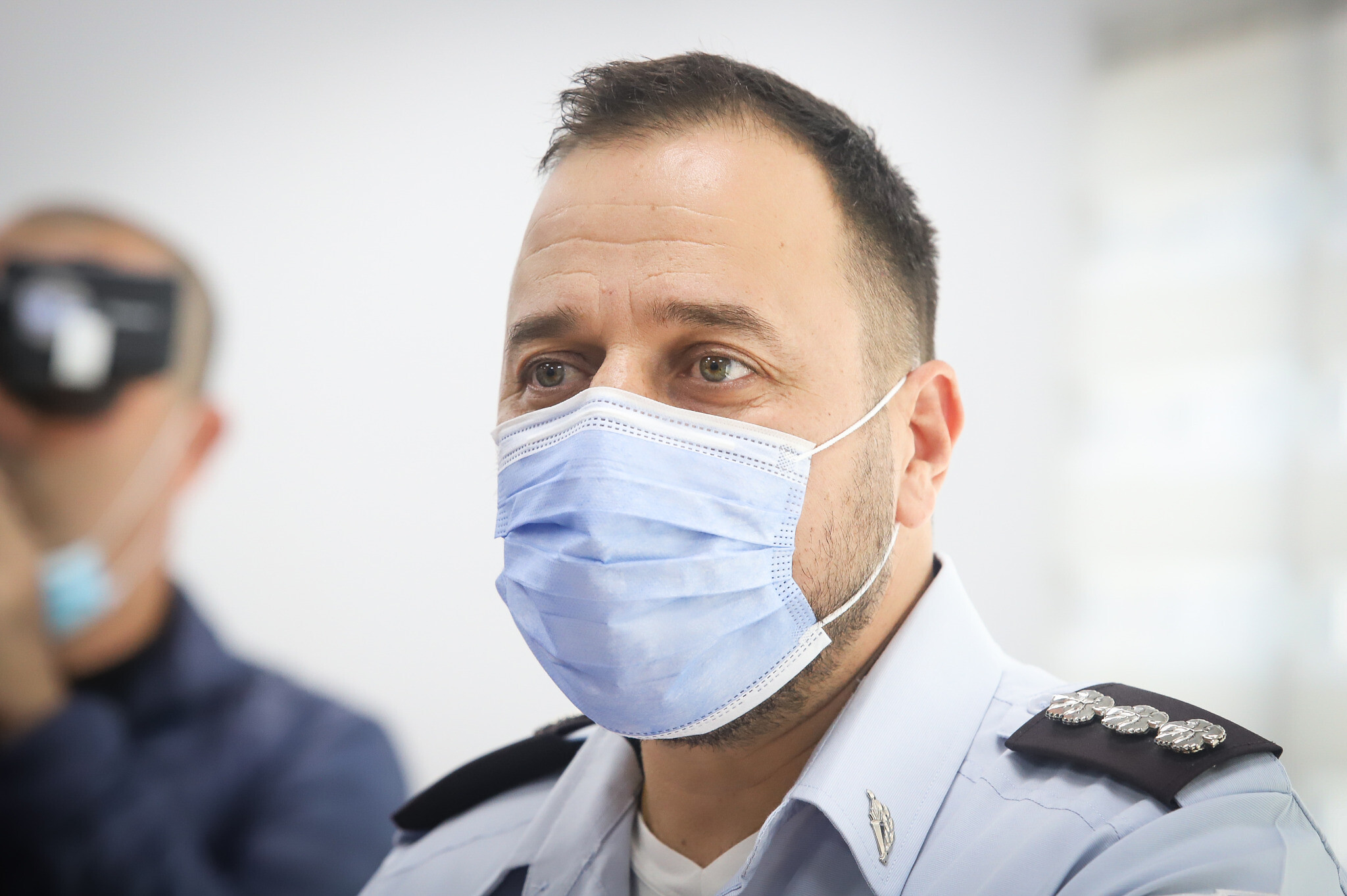 Gilboa prison commander Freddy Ben Shitrit arrives to give testimony at following the escape of security prisoners from the prison, in Modi’in, November 24, 2021. (Flash90)

The Knesset Subcommittee on Foreign Affairs and Defense is expected to hear from members of the IPS, Shin Bet and prosecutors during an emergency session on the scandal later this week.

Lapid also said he intended to hold a special discussion on the issue of violence against women, acceding to a request made by Transportation Minister Merav Michaeli.

“This government has done more than any other on the issue of violence against women,” Lapid said. “More than NIS 200 million has been allocated for the national program to prevent and deal with violence in the family,” he said.

“Of course, this is far from enough,” he said. “We need to do more and we will do more. In this country, women and girls need to feel safe at home and when they go out.”

Lapid’s comments came a day after a judge ordered a woman from Lod into a protective shelter, against her will, due to threats against her life from her ex-husband. The court’s move drew criticism from an anti-violence lobby group, who said that the ruling violated the woman’s rights.

Activists have long complained that not enough is done to prevent violence against women in Israel, particularly in cases known to the authorities.

Sorgente articolo:
PM: Violence against women is ‘stain on the country that cannot continue’ – The Times of Israel