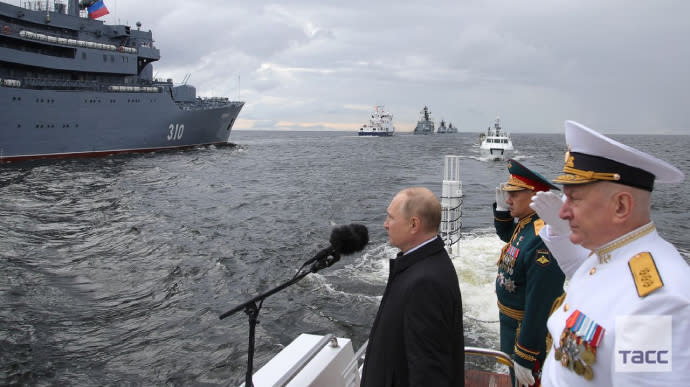 Vladimir Putin, the President of the aggressor country, approved a new Maritime Doctrine, in which he refers to the Black Sea as a “zone of national interest” and also calls it a threat to NATO.

Details: In the new Russian doctrine, the “borders and zones of the country’s national interests” are marked primarily by the Arctic, Black, Okhotsk and Bering seas.

Quote from Putin: “We will ensure their protection firmly and by all means. The key here is the power of the navy. It is capable of a lightning-fast response to anyone who decides to encroach on our sovereignty and freedom.”

More details: Vladimir Putin issued a threat in saying that the Russian Armed Forces will receive Zircon hypersonic missile systems in the coming months. The Admiral Gorshkov frigate will be the first carrier of such weapons. According to Putin, there are “no obstacles” for such weapon systems.

The maritime doctrine states that the main threats to the security of the Russian Federation are “the course of the United States for dominance in the world’s oceans and the growth of NATO activity.”

The Russian president called the lack of the required number of basing points for Russian ships abroad “a risk for the maritime activities of the Russian Federation.”

Russia will increase the combat capabilities of its Navy “to ensure national security and protect interests in the world’s oceans.”

Putin has planned the development of a shipbuilding complex in the far east of Russia that will focus on the construction of aircraft carriers.