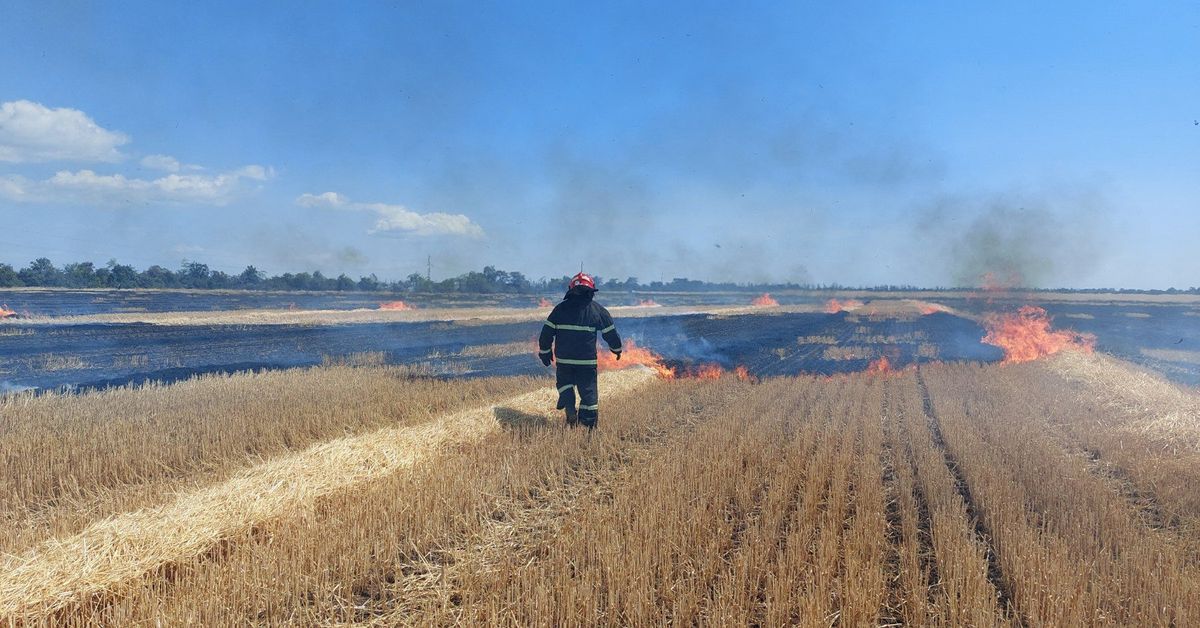 Oleksiy Vadatursky, founder and owner of agriculture company Nibulon and his wife, were killed in their home, Mykolaiv Governor Vitaliy Kim said on Telegram.

Headquartered in Mykolaiv, a strategically important city that borders the Russia-occupied Kherson region, Nibulon specializes in the production and export of wheat, barley and corn, and it has its own fleet and shipyard.

President Volodymyr Zelenskiy described Vadatursky’s death as “a great loss for all of Ukraine”, saying in a statement the businessman had been in the process of building a modern grain market involving a network of transhipment terminals and elevators.

Three people were also wounded in the attacks on Mikolaiv, the city’s Mayor Oleksandr Senkevych told Ukrainian television, adding 12 missiles had hit homes and educational facilities. He earlier described the strikes as “probably the most powerful” on the city of the entire five-month-old war.

Up to 50 Grad rockets hit residential areas in another southern city, Nikopol, on Sunday morning, Dnipropetrovsk Governor Valentyn Reznichenko wrote on Telegram. One person was wounded.

Ukrainian forces struck the headquarters of Russia’s Black Sea Fleet in Russian-held Sevastopol early on Sunday, the Crimean port city governor, Mikhail Razvozhayev told Russian media. Five members of staff were wounded in the attack when what was presumed to be a drone flew into the courtyard at the headquarters, he said.

The Sevastopol attack coincided with Russia’s Navy Day, which President Vladimir Putin marked by announcing that the Russian navy would receive what he called “formidable” hypersonic Zircon cruise missiles in coming months. Those missiles can travel at nine times the speed of sound. read more

He did not mention Ukraine directly.

Putin sent tens of thousands of troops over the border on Feb. 24, setting off a conflict that has killed thousands, uprooted millions and caused a deep strain in relations between Russia and the West.

Zelenskiy said on Sunday the country may harvest only half its usual amount this year due to the invasion.

In a televised address late on Saturday, Zelenskiy said hundreds of thousands of people were still exposed to fierce fighting in the Donbas region, which contains Donetsk and Luhansk provinces and which Russia seeks to control completely. Swathes of the Donbas were held before the invasion by Russian-backed separatists.

“Many refuse to leave but it still needs to be done,” Zelenskiy said. “The more people leave the Donetsk region now, the fewer people the Russian army will have time to kill.”

Russia on Sunday invited U.N. and Red Cross experts to probe the deaths of dozens of Ukrainian prisoners held by Moscow-backed separatists.

Ukraine and Russia have traded accusations over a missile strike or explosion early on Friday that appeared to have killed dozens of Ukrainian prisoners of war in the front-line town of Olenivka in eastern Donetsk.

Russia invited experts from the U.N. and Red Cross to probe the deaths “in the interests of conducting an objective investigation”, the defence ministry said on Sunday.

The ministry had published a list of 50 Ukrainian prisoners of war killed and 73 wounded in what it said was a Ukrainian military strike with a U.S.-made High Mobility Artillery Rocket System (HIMARS).

Reuters journalists confirmed some of the deaths at the prison, but could not immediately verify the differing versions of events.

Russia denies its forces have deliberately attacked civilians or committed war crimes in the invasion, which it calls a “special operation”.

Ukraine’s military said on Saturday more than 100 Russian soldiers had been killed and seven tanks destroyed in the south on Friday, including the Kherson region that is the focus of Kyiv’s counteroffensive in that part of the country and a key link in Moscow’s supply lines.

Rail traffic to Kherson over the Dnipro River had been cut, the military said, potentially further isolating Russian forces west of the river from supplies in occupied Crimea and the east.

Officials from the Russian-appointed administration running the Kherson region last week rejected Western and Ukrainian assessments that Russian forces there were now vulnerable.