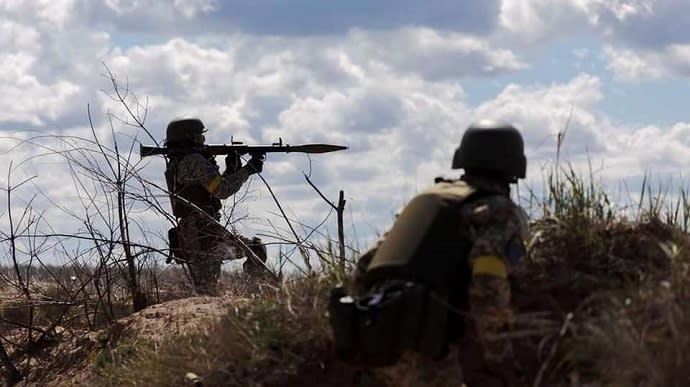 Russian forces has conducted assault operations on the Sloviansk and Bakhmut fronts but suffered losses and retreated.

Source: General Staff of the ArmedForces of Ukraine on Facebook, information as of 06:00 on 31 July

Details: On the Sivershchyna front, Russia is continuing to maintain several units of its Armed Forces in the parts of Bryansk and Kursk oblasts near the Russian-Ukrainian border and is conducting aerial reconnaissance in the area using UAVs.

On the Slobozhanshchyna front, Russian forces are engaged in hostilities along the Ukrainian state border, where they are systematically firing on the positions of Ukrainian troops along the entire line of contact in order to maintain their positions and prevent the Ukrainian Defence Forces from advancing.

Russian forces used UAVs to conduct aerial reconnaissance in the areas around Prudianka, Duvanka and Shapovalivka and conducted an airstrike near Staryi Saltiv.

A Russian reconnaissance group attempted to scout the positions of the Ukrainian Armed Forces on the Nova Husarivka – Husarivka axis, but was unsuccessful and retreated.

On the Sloviansk front, Russian forces fired artillery on the areas in the vicinity of Andriivka, Dolyna, Krasnopillia, Mazanivka and Adamivka, and conducted an assault operation near Dmytrivka. The assault was unsuccessful and the Russians were forced to retreat.

A Russian subversion and reconnaissance group attempted to conduct operations near Dolyna, but suffered losses and retreated.

On the Donetsk front, Russian troops are attempting to improve their tactical positions on the Bakhmut and Avdiivka fronts and are conducting air-supported assault operations. The Russians are trying to scout the positions of Ukrainian defence units.

On the Siversk front, the Russians used artillery to shell the areas in the vicinity of Sloviansk, Siversk, Vyimka, Spirne and Serebrianka. Russian aircraft conducted airstrikes near Spirne and Hryhorivka.

The Russian occupying forces attempted to improve their tactical positions by conducting assault operations on the Roty – Vershyna and Pokrovske – Bakhmut axes, but suffered losses and were forced to retreat.

Their attempt to conduct additional reconnaissance of the frontline positions of Ukrainian troops on the Striapivka – Soledar axis was thwarted: the Ukrainian Armed Forces uncovered and eliminated the Russian reconnaissance group.

On the Avdiivka front, Russian forces fired on the areas around Novokalynove, Tonenke, Opytne, Vodiane, Pisky and Neveselske and conducted airstrikes in the vicinity of Avdiivka and Novoselivka. The Russians conducted assault operations on the Vesele – Pisky and Lozivksyi – Pisky axes, but were not successful and retreated. They used UAVs to conduct aerial reconnaissance in the area around Pokrovsk and Avdiivka.

Russia did not undertake active military operations on the Zaporizhzhia front, but Russian forces shelled the areas around Charivne, Orikiv and Kamianske and conducted aerial reconnaissance near Orikhiv and Novoiakovlivka using UAVs.

Russian forces’ efforts on the Pivdennyi Buh front are focused on maintaining their previously occupied positions and preventing the Ukrainian Defence Forces from advancing on the Kryvyi Rih front. The Russians are continuing to fire and conduct airstrikes on Ukrainian troops in order to pin them down and are taking measures to replenish their losses and reinforce their military presence in the area.