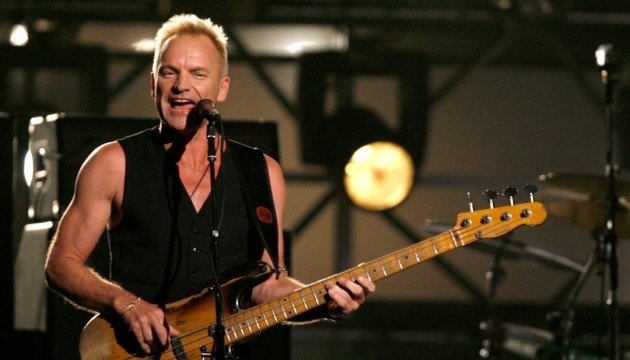 The war Russia started in Ukraine is an absurdity based upon a lie, and democracy must not lose this battle to tyranny.

British rock musician Sting said this during a solo concert in Warsaw on Saturday, July 30, according to an Ukrinform correspondent.

The singer said in his speech that an alternative to democracy is violence, oppression, imprisonment and silence.

“This alternative is called tyranny. Any tyranny is based on a lie. The greater the tyranny, the bigger the lie. A tyrant lies to his country. He lies to the world, and most of all, he lies to himself,” Sting said.

According to him, those who disagree with the tyrant risk imprisonment, torture and even death.

“Yet, that’s what we must do. You must take that risk and defend our right to speak the truth. Our mind will not be imprisoned. We must defend the freedom to free ourselves in our minds and in our bodies,” the singer said.

He added that “the war in Ukraine is an absurdity based upon a lie.”

“If we swallow that lie, the lie will eat us. The lie is terrified of the truth. The truth must be heard. And we must not lose this battle!” Sting said.

Sorgente articolo:
Sting calls war in Ukraine ‘an absurdity based upon a lie’ – Ukrinform