Former President Donald Trump was joined by a Rep. Marjorie Taylor Greene (R-Ga.) as he enjoyed another day at Bedminster for the controversial Saudi-backed LIV golf tournament.

Trump, 76,  kept on par with his white monogrammed shirt and black slacks has he hit the golf course again for the third day of the LIV tournament.

The former president was joined by the famous and outspoken Republicans, including Greene, 48, Caitlyn Jenner, 72, and his son Eric Trump and his family.

Jenner is competing in the tournament with British golfer Paul Casey, who reportedly said ‘she has a pretty good swing.’

Greene wore a blue and black striped sleeveless dress and huge sunglasses as she was pictured standing next to a disheveled Trump. The pair were seen having quite the conversation, as they laughed and pointed to each other as photographers snapped their photos. 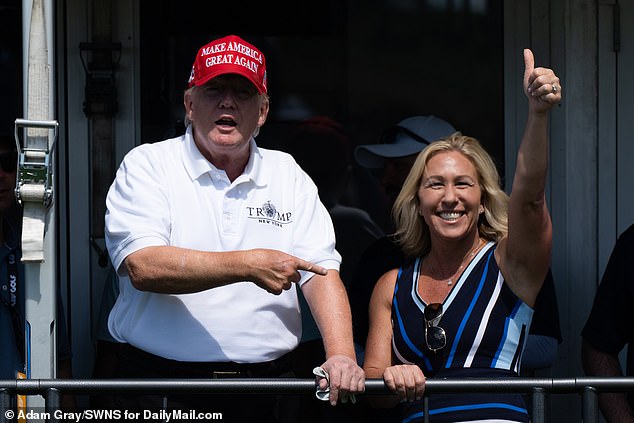 Donald Trump was joined by Rep. Marjorie Taylor Greene at the LIV golf tournament at his at Bedminster on Saturday 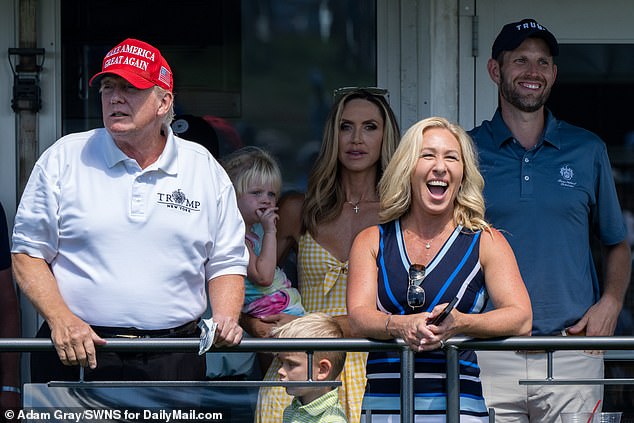 Joined by his family, the pair seems to enjoy the day’s events and had an energetic conversation

Trump’s son kept a casual figure in a dark green polo monogrammed with the course’s name and a black Trump hat.

His wife, Lara, meanwhile proved she’s quite the fashionista as she wore a white and yellow summer dress with a boy in the middle and sparkly blue shoes with stars on them.

The tournament, which bears the slogan ‘Golf but louder,’ has divided the world of sport.

Some athletes refuse to take part in protest against Saudi Arabia’s track record of human rights abuses, and the event has been eviscerated by the families of 9/11 victims, in light of a recently declassified government report which suggests there were links between the terrorists involved in the attack and the Saudi Arabian government. 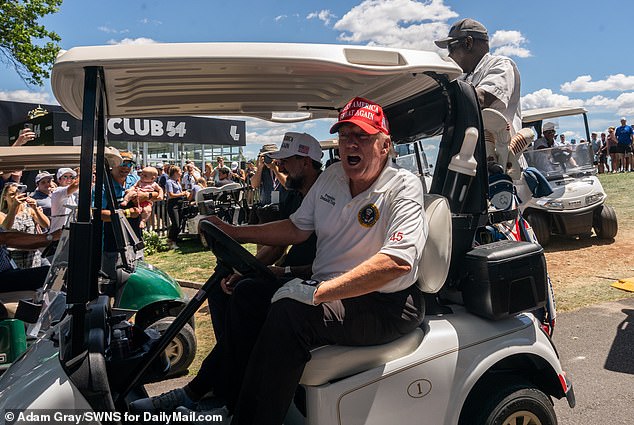 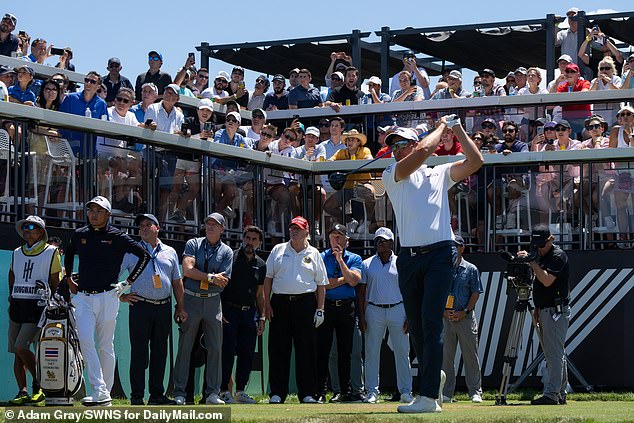 Many of those families gathered at the local library near Trump’s club in order to protest since the tournament has started; they couldn’t get near the actual event, which was swarming with Secret Service.

More families of 9/11 victims made their voices heard.

‘We’re standing here, in the backyard of where 750 people were turned to dust,’ one speaker said. ‘We cannot believe we have to be here 21 years later, speaking out against a government that’s trying to sports-wash or whitewash their atrocities.’

The protesters in Bedminster wore red caps that read: 9/11 Justice. Trump, and many fans here, sported red, too, except theirs read: Make America Great Again. Many more wore TRUMP hats.

Earlier this weekend, Trump defended hosting the series, telling reporters at the course: ‘I’ve known these people for a long time in Saudi Arabia and they have been friends of mine.

‘The PGA was not loved by a lot of the players, for a long time. Now they have an alternative and nobody ever would have known it was going to be a gold rush, like this.’ 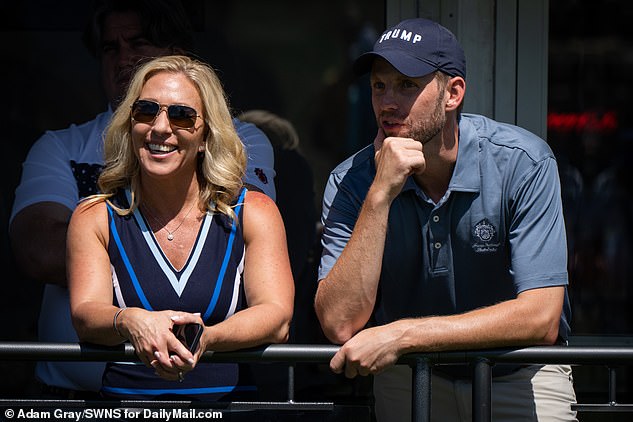 Trump’s son, Eric, also seemed to enjoy Greene’s company as their pair chatted at the event 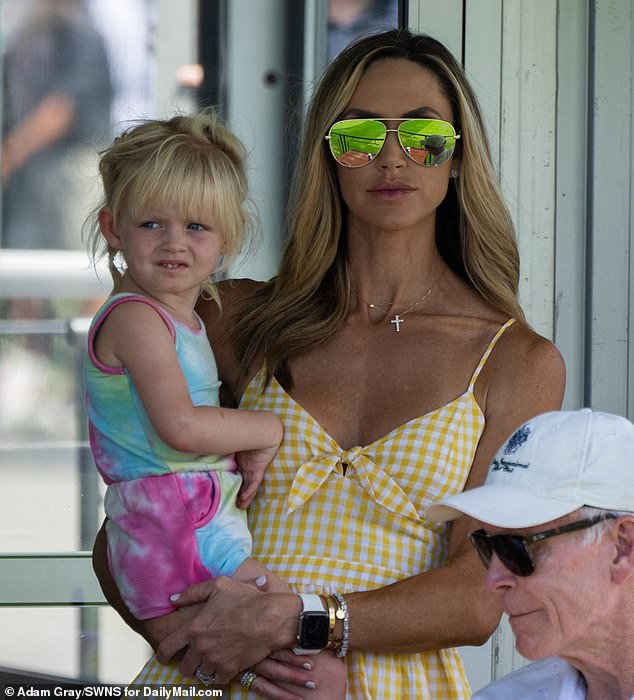 As for 9/11, he said: ‘Nobody’s gotten to the bottom of 9/11, unfortunately. And they should have. As to the maniacs that did that horrible thing to our city, to our country, to the world, so nobody’s really been there.’

Later, as he headed off the first tee, Trump even hinted that he would run for the White House once more.

‘You’re going to be so happy. We’ll let you know pretty soon,’ he said. ‘They just did a story on me, beautiful,’ he said. ‘The first one in five years. Front page, tell them I appreciate it.’