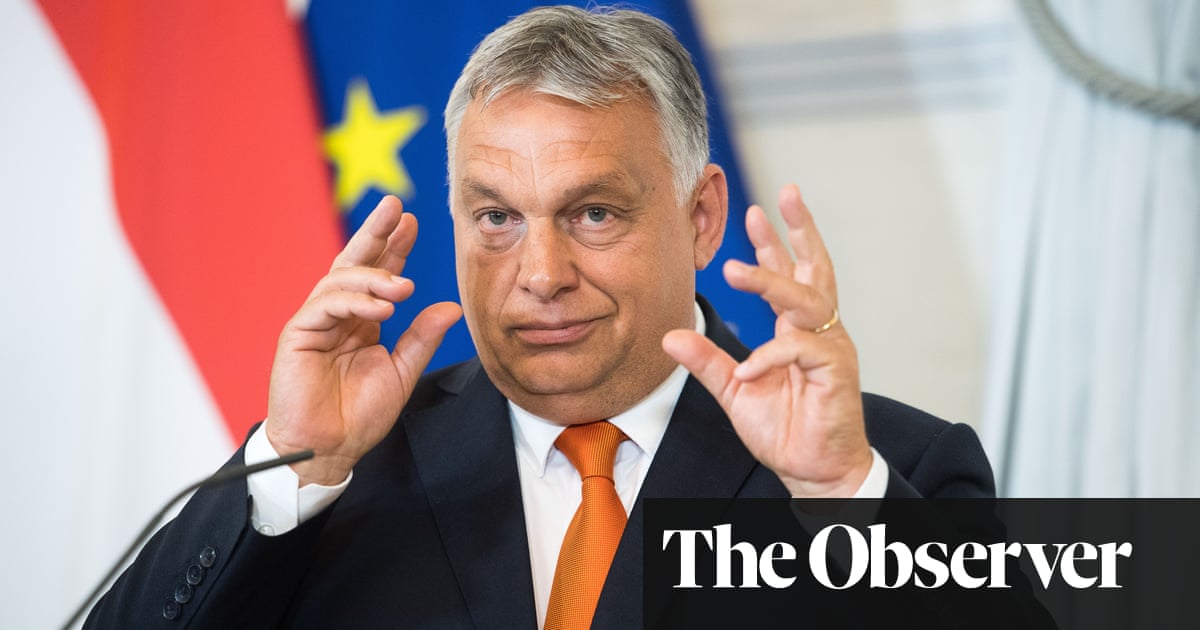 A longstanding adviser to Hungarian prime minister Viktor Orbán who resigned last week has warned him that his far-right rhetoric could have tragic consequences.

The Hungarian leader sparked a backlash at home and abroad with a recent speech in which he spoke out against “race mixing”. Soon after, Zsuzsa Hegedüs, a sociologist who has known Orbán for 20 years, handed in her resignation, criticising the prime minister for what she called a “pure Nazi” speech.

“I am a Jew. And our generation’s job is to stop anything like this because we have seen what happened. Not just with Jews. In Rwanda as well. Ethnic hatred leads to genocide,” said Hegedüs in an interview with the Observer.

Orbán’s speech came at a showpiece annual gathering in Romania last weekend, which the Hungarian leader often uses to make important announcements. During his speech, he said mixing between Europeans was acceptable, but Europeans mixing with non-Europeans created “mixed race” people.

“We are willing to mix with one another, but we do not want to become peoples of mixed race,” said Orbán. He added that western European countries where this was seen as acceptable are “no longer nations”.

Orbán, who in April won a fourth consecutive term as prime minister, has frequently used far-right rhetoric, especially since 2015, when he emerged as Europe’s fiercest opponent of welcoming refugees and migrants. His repeated attacks on the Hungarian-born Jewish businessman and philanthropist George Soros have also been widely criticised as antisemitic.

Orbán thrives on controversy, and his anti-migration stance, as well as regressive policies on LGBT rights, have made him a darling of the international right. In the coming days he is due to travel to Dallas, Texas, and give the opening speech at the Conservative Political Action Conference (CPAC), an influential assembly of American rightwingers.

In May Orbán spoke at a special CPAC session in Hungary, when his speech referenced the “great replacement”, a conspiracy theory popular on the far right that claims there is a liberal plot to change the ethnic makeup of the US and European countries through immigration.

While Orbán’s statements have frequently prompted criticism from liberals, the reaction to Orbán’s words about mixing races has been stronger than usual.

The Hungarian Academy of Sciences condemned the comments, calling them “scientifically untenable” and “a dangerous ideology”, while Hungary’s chief rabbi, Róbert Frölich, also criticised the speech.

I told Viktor about the things I found unacceptable before. I shouted at him sometimes. But he had never crossed this line

Hegedüs said she does not believe Orbán is racist and she had previously defended him from claims of antisemitism, she said. For some time, she had been concerned about the prime minister’s “illiberal turn”, but felt the recent speech crossed a line.

“I told Viktor about the things I found unacceptable before. I shouted at him sometimes. But he never crossed this line before. It really was a Nazi speech,” she said.

Numerous international politicians have also spoken out in disgust over the speech.

“Racism is a poisonous political invention. There should be no place for it in Europe where our strength comes from diversity,” said European Commission vice-president Frans Timmermans.

The US envoy to combat antisemitism, Deborah Lipstadt, criticised Orbán’s “use of rhetoric that clearly evokes Nazi racial ideology”.

Dani Dayan, the chairman of Yad Vashem, the Holocaust memorial centre in Jerusalem, also drew parallels with the Nazi past. “The statement made by the prime minister of Hungary, Viktor Orbán, is all too reminiscent of ideologies associated with the horrible atrocities of the Holocaust. The Holocaust teaches us that we must address such expressions swiftly and directly,” said Dayan.

In a sign that the backlash may have blindsided Orbán, he took the unusual step of backtracking somewhat, insisting that he was not talking about the mixing of races, but of cultures.

“I don’t want Hungary to become an immigrant country. It is not a question of race for us. It is about cultural differences,” he said during a visit to Vienna last Thursday.

“Sometimes I can be ambiguous. We are talking about a civilisational position. We are proud of what Hungary has achieved in the fight against racism,” he added.

As Orbán heads to the CPAC, it is unlikely that many on the American right will have been perturbed by his speech.

“The far-right represents an increasingly present part of the Republican community. The party has changed so radically. Ideas like the great replacement theory have become the mainstream for them,” said Rick Wilson, a former Republican strategist and co-founder of the Lincoln Project, an anti-Donald Trump political action committee, in an interview.

Orbán had warm relations with Trump and praise of Hungary’s “illiberal democracy” has frequently appeared on Fox News’s Tucker Carlson Tonight show. Carlson spent a week in Hungary last year and painted the country as a conservative paradise.

“Orbán is seen as anti-Europe, anti-immigration, anti-elite and anti-woke, which appeals to Republicans and conservatives,” said Tim Miller, the former political director of Republican Voters Against Trump.

Matt Schlapp, chairman of the CPAC, was asked last week if Orbán was still invited to open the gathering. “Let’s listen to the man speak. We’ll see what he says. And if people have a disagreement with something he says, they should raise it,” he said.

In Hungary, Orbán supporters in the pro-government media have been working hard to paint criticism of the speech as partisan and irrelevant.

A recent article in the pro-Orbán Magyar Nemzet accused Hegedüs of “deliberate lying, dishonesty and treachery”. Other outlets used insulting language about her or downplayed her importance.

Hegedüs said she was ignoring the criticism and claimed she had received many private messages of support from people inside Orbán’s Fidesz party who were also uneasy over the speech. “That is reassuring,” she said.

Hegedüs said she had “accepted” Orbán’s clarification that he was referring to the mixing of cultures and not races and believed the matter closed. However, she does not plan to withdraw her resignation and said with a possible economic downturn around the corner, incendiary rhetoric was particularly irresponsible.

“In times when people are desperate … it’s much easier to mobilise the hateful,” she said.

Sorgente articolo:
Alarm grows as Orban prepares to take ‘pure Nazi’ rhetoric to US – The Guardian