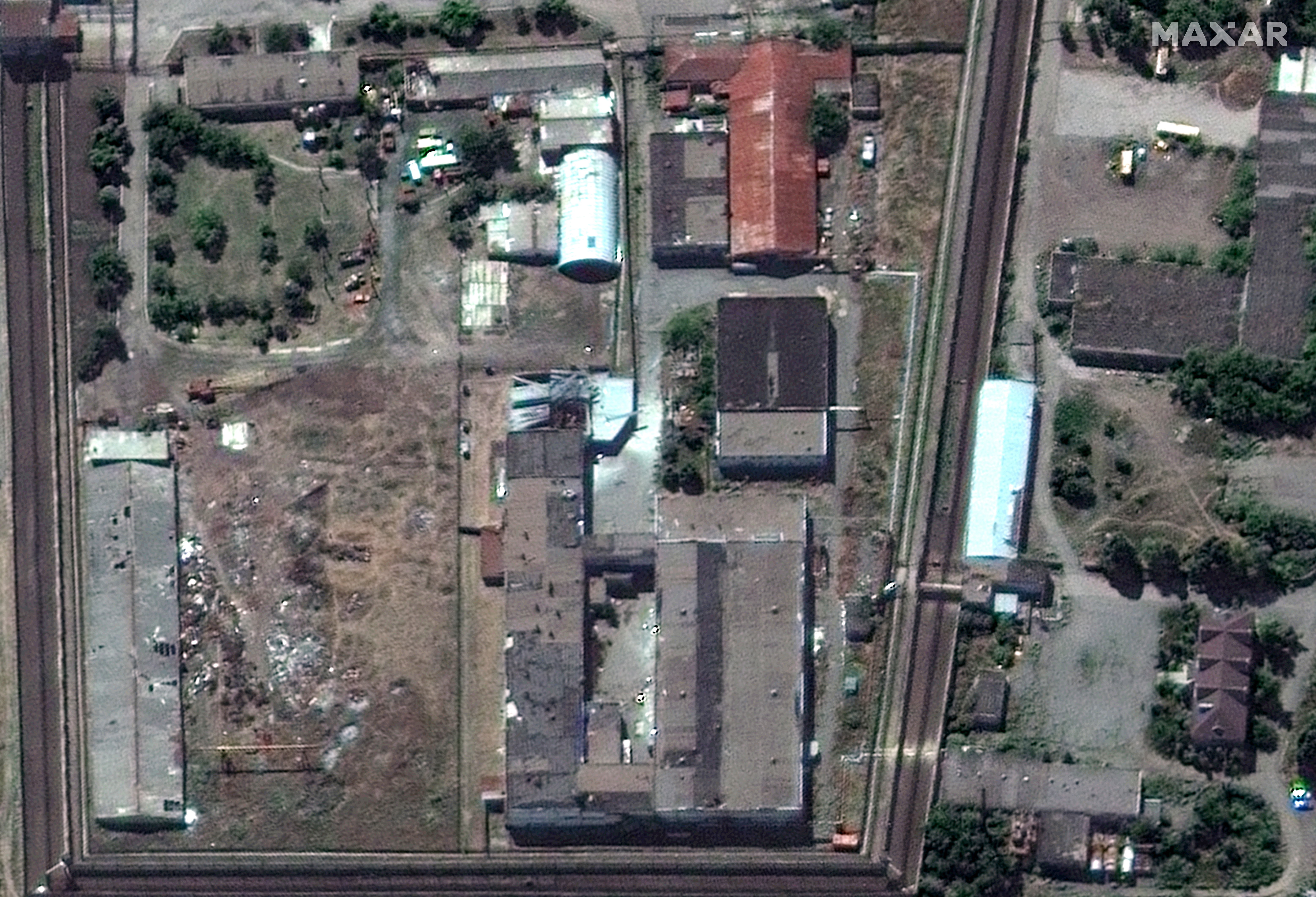 However, no traces of the U.S.-provided weapons were found at the site, according to two U.S. officials with knowledge of the assessment, who spoke on condition of anonymity to discuss a sensitive topic.

“We know Ukraine didn’t attack the site with HIMARS because the site doesn’t have the indications it would have if it was hit with HIMARS,” one of the officials said.

While one of the officials stopped short of saying Ukraine was not responsible for the strike, the other official said the evidence showed the attack was not conducted by Kyiv. Satellite photos of the site released by Maxar Technologies on July 30 appear to show damage only to the section of the detention center housing Ukrainian prisoners, with no collateral damage to surrounding buildings.

Over the weekend, Ukrainian authorities called for an international investigation into the attack. They rejected Moscow’s claims, saying they are gathering evidence that will prove Russia was responsible for the deaths of the prisoners in what they described as a “terrorist attack.”

Mykhailo Podolyak, an adviser to President Volodymyr Zelenskyy, said on Twitter that the photos of the site after the attack suggested “a thermobaric explosion from the inside” of the facility.

He also said Russia had transferred some Ukrainian prisoners to the building that was destroyed in the attack just a few days prior, suggesting it was premeditated.

“It was a deliberate Russian war crime, a deliberate mass murder of Ukrainian prisoners of war,” Zelenskyy said in a speech on Friday.

The death of the prisoners is particularly painful for Ukraine because many had fought to defend Mariupol, holding out for weeks at the city’s Azovstal steelworks against a Russian offensive. They finally surrendered in May, but the siege became a symbol of Ukraine’s defiance. Russia took an estimated 2,500 soldiers from the city as prisoners of war.

Even before the prison explosion, Ukrainian officials — and some members of Congress — have called on Washington to designate Russia as a state sponsor of terrorism, a move Secretary of State Antony Blinken has so far resisted. Russian forces have repeatedly attacked civilian targets, including apartment buildings, shopping malls, schools and hospitals, resulting in countless civilian deaths.

Christopher Miller contributed to this report.