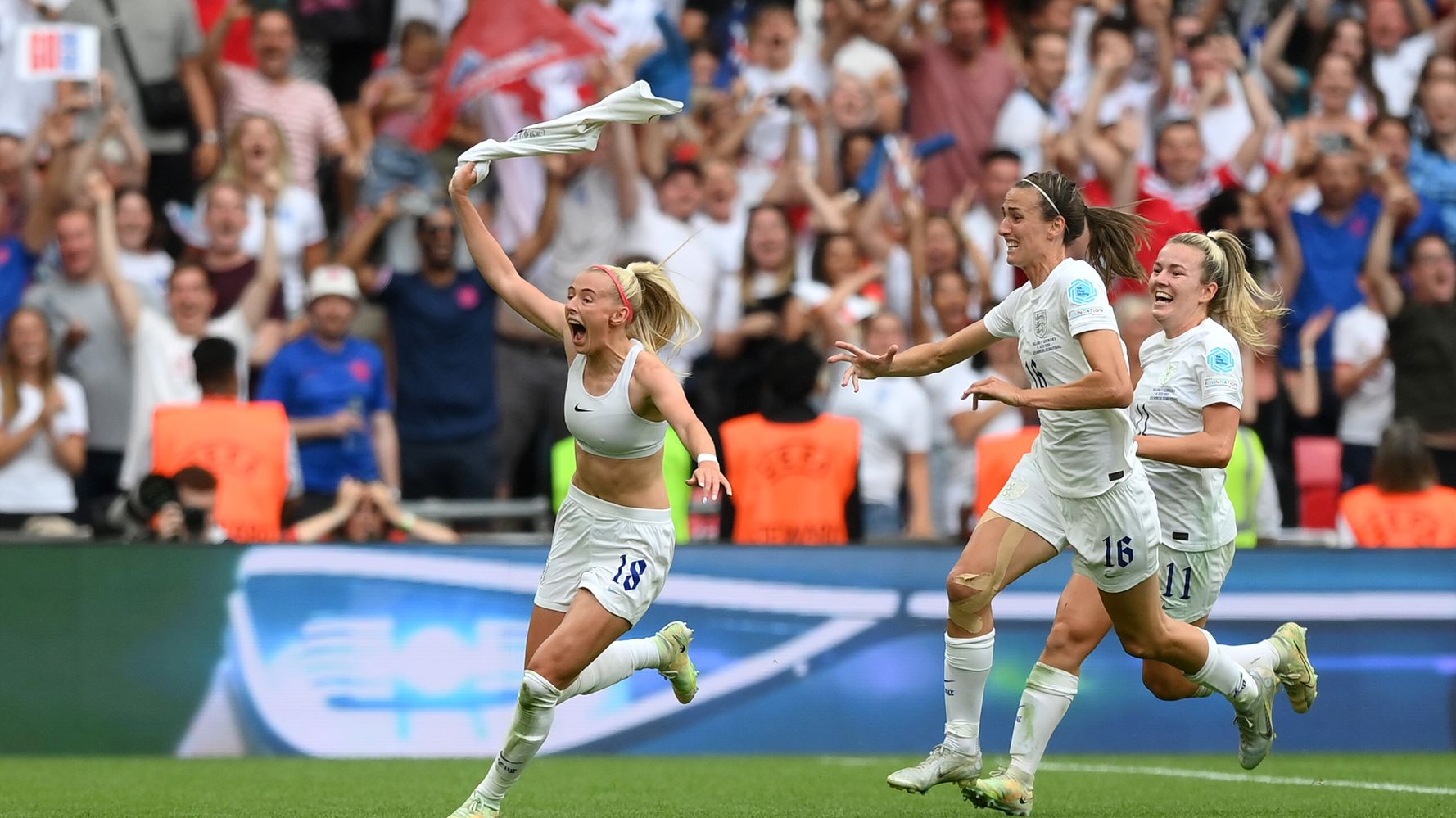 Chloe Kelly seized the moment and honored the past of women’s soccer in England’s 2-1 victory over Germany on Sunday in the European Championship final at Wembley Stadium. (Watch the video below.)

“I see you @Chloe_Kelly98,” she tweeted. “Well done. Enjoy the free rounds of pints and dinners for the rest of your life from all of England. Cheers!”

While England’s victory is a huge step ― it’s the squad’s first major title ― it still has a way to go.

Kelly’s tribute to the earlier years of the U.S. women’s dominance couldn’t hurt.

“This is what dreams are made of, as a young girl watching women’s football,” Kelly said, per Sky Sports.