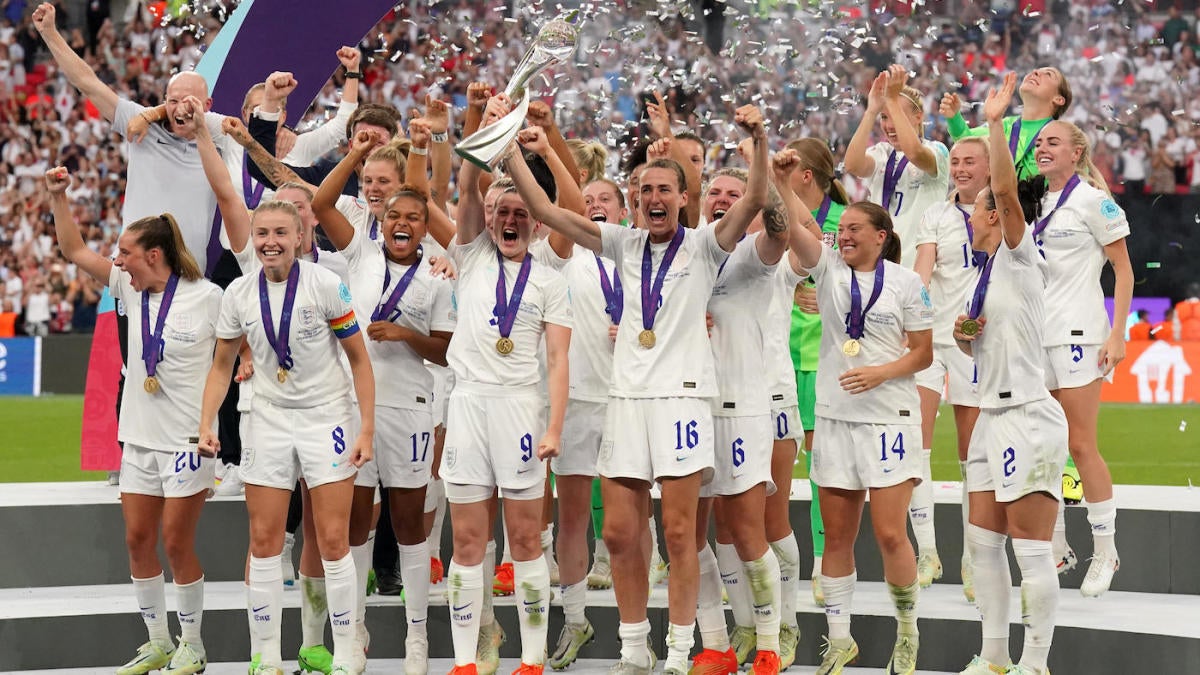 England were crowned European champions on home soil for the first time in the history of the program. The Lionesses needed extra time to defeat Germany, 2-1, to capture the 2022 UEFA Women’s Euro title in front of a packed Wembley Stadium with 87,192 fans in attendance — the largest crowd for any UEFA international competition.

England carried the hopes of a nation into the final, and scored the first goal in regulation as Ella Toone found the back of the net in the 62nd minute by beating German goalkeeper Merle Frohms with a cheeky chip. Germany pushed to find the equalizer thanks to Lina Magull with 11 minutes remaining in regulation. The two sides needed extra time to settle the score as Chloe Kelly provided the winner with a scrappy finish following a corner kick — along with a celebration that would have made Brandi Chastain proud — to seal England’s first ever Euro championship in the senior women’s program.

The Euro hosts navigated through group stage and knockout stage play without a loss on their way to lifting the trophy. The Lionesses made their return to the final for the first time since 2009, where they lost 6-2 against the German giants. Although this is a different era for both teams, Sunday still had a little taste of revenge for England.

Germany were equally impressive during their tournament run, conceding only one goal before the final against England. The English side faced a series of tests on the run up to the final. They had to overcome a quarterfinal possession challenge against Spain, an early semifinal roadblock from Sweden, and finally an organized German side with a history of success in the Euros.

The Lionesses carried through the weight of being tourney hosts, as many some wondered if the nerves would eventually catch up to them during their own historic run. But unlike English teams of the past, head coach Sarina Weigman instilled more than just a system and tactics, but confidence and belief that had long been missing from this program. It was a refreshing reset for a Lioness team that previously had head coaches with troubled off-field issues involving racist harassment, or on-field lack of vision and execution.

Perhaps the writing was on the wall for Germany as they suffered a crushing blow before the opening whistle to their ninth Euro final appearance. Alexandra Popp was a late scratch after sustaining a muscle injury during warmups in addition to being once again without 21-year-old winger Klara Buhl due to COVID protocol.

That put the Germans without their leading goalscorer in the tournament ahead of the biggest game of the season. Popp entered the final with six goals and was level with England’s Beth Mead for the golden boot lead.

Germany will have plenty to build on from this run as their return to the Euro final was seen by some as a surprise based on the abundance of youth across the roster. In place of Buhl, 19-year-old June Brand provided strong and impactful performances, while 20-year-old Lena Oberdorf earned best young player of the tournament honors.

What it means for England

The Lionesses were able to bring the title home while playing on home soil and managed to lift the trophy in front of a record crowd in the process. There are moments where you can feel the shift happening and witnessing the joy in England’s run will hopefully lead to more impact across the country for the women’s game — both in the international and domestic level.