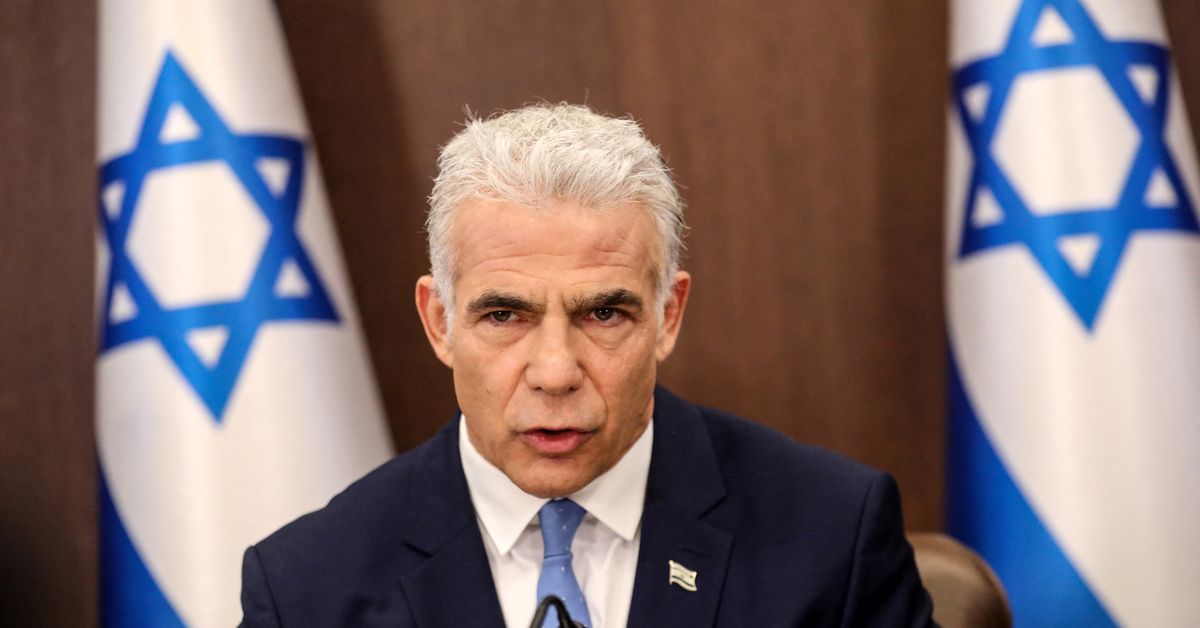 JERUSALEM, July 31 (Reuters) – Israel on Sunday demanded that a United Nations’ panel investigating its 2021 war with Palestinian militants be disbanded, condemning remarks made by one of its members as anti-Semitic.

“We are very disheartened by the social media that is controlled largely by, whether it is the Jewish lobby or specific NGOs, a lot of money is being thrown in to try to discredit us,” Kothari said in a July 25 Mondoweiss podcast.

Israel has boycotted the inquiry and barred entry to its investigators. It said the panel’s June interim finding was the latest in a series of biased reports. read more

“The fight against antisemitism cannot be waged with words alone, it requires action. This is the time for action; it is time to disband the Commission”, Lapid said. “This Commission does not just endorse antisemitism — it fuels it.”

U.N. spokespeople did not immediately respond to requests for comment. But Mondoweiss published a letter by the head of the commission Navi Pillay, in which she said Kothari’s comments were deliberately taken out of context.

The United States and other Western countries, including Germany, Britain and Austria have also condemned Kothari’s remarks as anti-Semitic.

“These unacceptable remarks sadly exacerbate our deep concerns about the open-ended nature & overly broad scope of the COI and the HRC’s disproportionate & biased treatment of Israel,” U.S. envoy to the council Michele Taylor tweeted.

While prompted by the 11-day May 2021 Gaza conflict, the inquiry mandate includes alleged human rights abuses before and after that and seeks to investigate the root causes of the tensions.

At least 250 Palestinians and 13 people in Israel were killed in the fierce fighting, which saw Gaza militants fire rockets towards Israeli cities and Israel carry out air strikes across the coastal enclave.