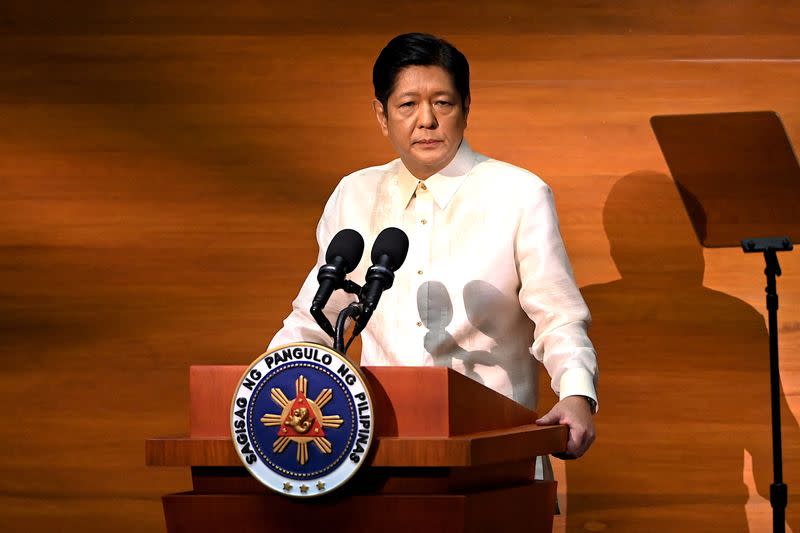 MANILA (Reuters) – President Ferdinand Marcos Jr on Monday ruled out the Philippines rejoining the International Criminal Court (ICC), whose prosecutor plans to resume an investigation into the previous government’s bloody “war on drugs”.

The Philippines withdrew from the ICC in 2019, with then President Rodrigo Duterte accusing it of prejudice by starting a preliminary examination into thousands of killings by police.

“The Philippines has no intention of rejoining the ICC,” Marcos told reporters, adding he met last week met with his legal team to discuss a resumption of the ICC investigation.

The Hague-based ICC suspended its probe in November at the request of the Philippines, which said it was implementing its own investigations and prosecutions.

According to the ICC rules, it has jurisdiction to investigate crimes committed while a country was a member, but only if its criminal justice system is unable or unwilling to do so itself.

Prior to his election win in May, Marcos had indicated he would not support an ICC probe into alleged atrocities under Duterte, whose influential daughter Sara Duterte-Carpio was his running mate. She is currently vice president.

Duterte won a 2016 election on promises to eradicate crime and kill thousands of drug dealers, following through with a ferocious crackdown during which official records show police killed 6,252 people, all in self-defence.

Activists accuse police of executing drug pushers and users on a massive scale, however, with thousands of mysterious street killings not included in the official tally. Police and Duterte’s government denied involvement and wrongdoing.