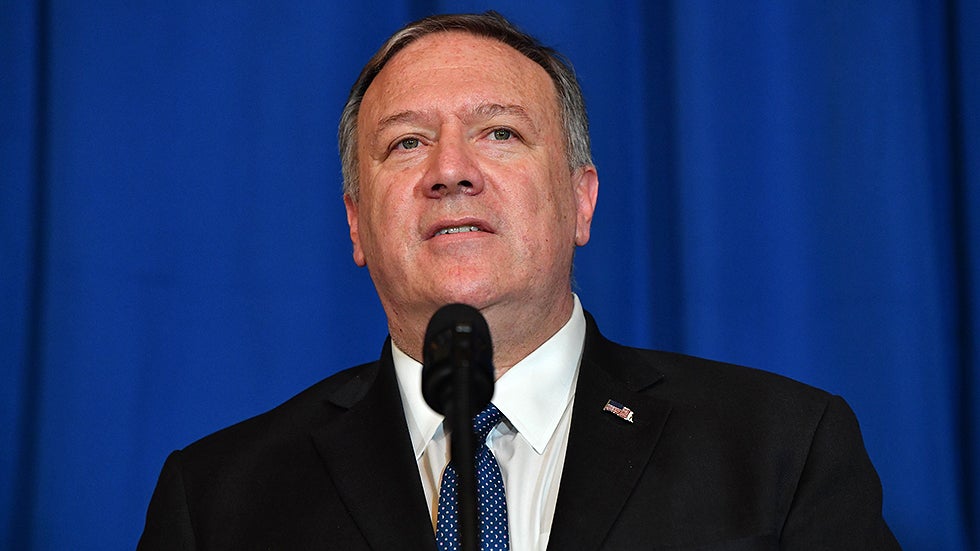 Former Secretary of State Mike Pompeo knocked the Biden administration for not backing a trip to Taiwan by Speaker Nancy Pelosi(D-Calif.).&nbsp;

“To allow America to be bullied by Chinese propaganda, right after, frankly, President Biden has had a phone call, a long phone call, with [Chinese President] Xi Jinping… would send a really bad message to our friends in the region: the Australians, the South Koreans, the Japanese,” Pompeo told host John Catsimatidis on WABC 77 AM&#8217;s “Cats Roundtable.”

Pelosi announced Sunday that she was setting off on a four-country tour of Asia, and is slated to lead a six-member congressional delegation to Singapore, Malaysia, South Korea and Japan. She included no mention of Taiwan in her plans, despite multiple reports of her intent to visit the territory.

“I don’t agree with Speaker Pelosi very often, but she made it clear that she wanted to go visit, on her own, to visit Taiwan, an independent, sovereign nation. And now, the Biden administration is saying, ‘Well, maybe that’s not smart,’ ” Pompeo said.&nbsp;

Manchin defends climate, tax deal with Schumer in multi-show blitz Why Democrats are excited for Biden after a big week

President Biden said earlier this month that the U.S. military “thinks it’s not a good idea right now” for Pelosi to visit the island.&nbsp;

China warned that the trip could “have a severe negative impact on the political foundation of China-US relations, and send a gravely wrong signal to ‘Taiwan independence’ separatist forces.”&nbsp;

Under the Taiwan Relations Act of 1979, the U.S. is committed to helping self-governed Taiwan defend itself against Beijing, but the U.S. has remained strategically ambiguous about its position on Taiwan, which China claims as its own.