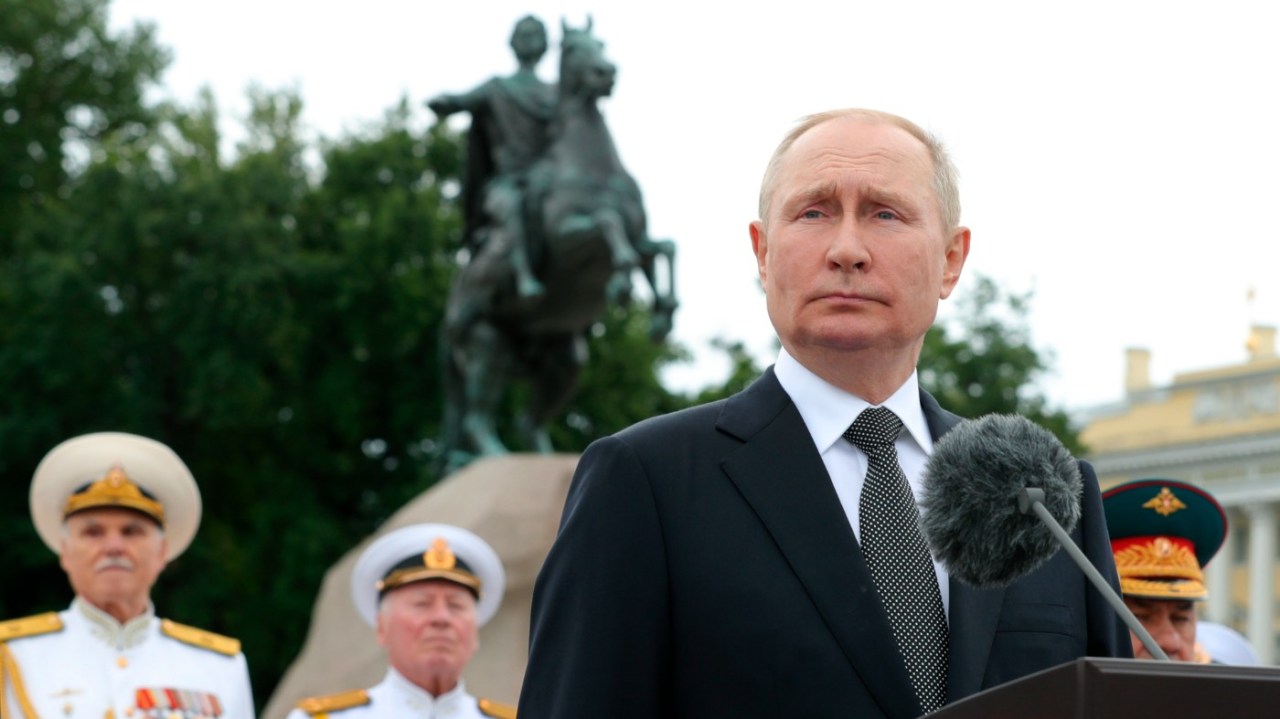 Russian President Vladimir Putin signed a naval doctrine on Sunday that accused the United States of seeking to dominate the world&#8217;s oceans and extends Moscow&#8217;s own ambitions into the Arctic Ocean.

Putin inked the document shortly before delivering a patriotic speech on Navy Day urging Russia to defend its national security interests, according to Reuters.

&#8220;Guided by this doctrine, the Russian Federation will firmly and resolutely defend its national interests in the world&#8217;s oceans, and having sufficient maritime power will guarantee their security and protection,&#8221;&nbsp;the doctrine reads, per Reuters.

It also says Russia will expand its ambitions in the Arctic Ocean. The U.S. has previously warned Russia and China against aggression in the Arctic region.

Speaking at the city of St. Petersburg off the Neva River later in the day, Putin said Russia will &#8220;defend our interests&#8221; in claimed territories.

As Putin finished, he earned a large &#8220;hoo-rah&#8221; from the naval sailors and officers who gathered for Navy Day, which is celebrated on the last Sunday of July.

Putin did not mention the war in Ukraine, but he pledged to defend Russian naval power in the Black and Azov seas.

&#8220;We need to rely on our capabilities, and anyone who would like to endanger our sovereignty will get a strong response,&#8221; Putin said.

Pelosi launches Asia trip with no mention of Taiwan Manchin-Schumer bill could bring down the deficit. Inflation — that’s debatable

The Russian president ordered an invasion of Ukraine in late February, in part because he feared Ukraine would join the western security alliance NATO.

With the U.S. spending billions to arm Ukraine, tensions between Moscow and Washington are higher than at any point since the Cold War.