Ayelet Shaked, the head of the newly formed Zionist Spirit party, said Saturday that she would not abandon the right wing to opposition leader Benjamin Netanyahu and some of his extremist political partners.

“I will not leave all the right-wing voters with” only those choices, she told Channel 12, as she seeks a footing ahead of national elections in a crowded field of right-wing competitors.

Her Yamina faction has shed much of its support in the past year after its former leader Naftali Bennett joined with left-wing and Arab political partners in the governing coalition. Bennett stepped down as prime minister last month after that government crumbled, handing the the premiership to Yair Lapid and the reins of Yamina to party colleague and Interior Minister Shaked.

Polling since then has shown Yamina is in danger of not garnering enough votes to win Knesset representation in the upcoming elections. Yamina united with the right-wing Derech Eretz faction this week in a bid to boost its fortunes, with the alliance calling itself Zionist Spirit.

Shaked pitched the new party to voters in a round of interviews on leading news programs on Saturday as an alternative for right-wing and religious voters who are opposed to Netanyahu, his Likud allies including firebrand Miri Regev, and some of their far-right partners, including Bezalel Smotrich’s Religious Zionism faction, which includes the incendiary extremist Itamar Ben Gvir.

“There are 80 mandates that define themselves as right-wing when asked,” Shaked told Channel 12, referring to representation in the 120-seat Knesset. “The Israeli right is really not just Miri Regev, Benjamin Netanyahu, Smotrich and Ben Gvir.”

“There is a religious Zionism on the right that is disgusted with Smotrich’s statements. Smotrich in the past year said that me, Naftali Bennett and our colleagues shouldn’t go into a synagogue,” she said. 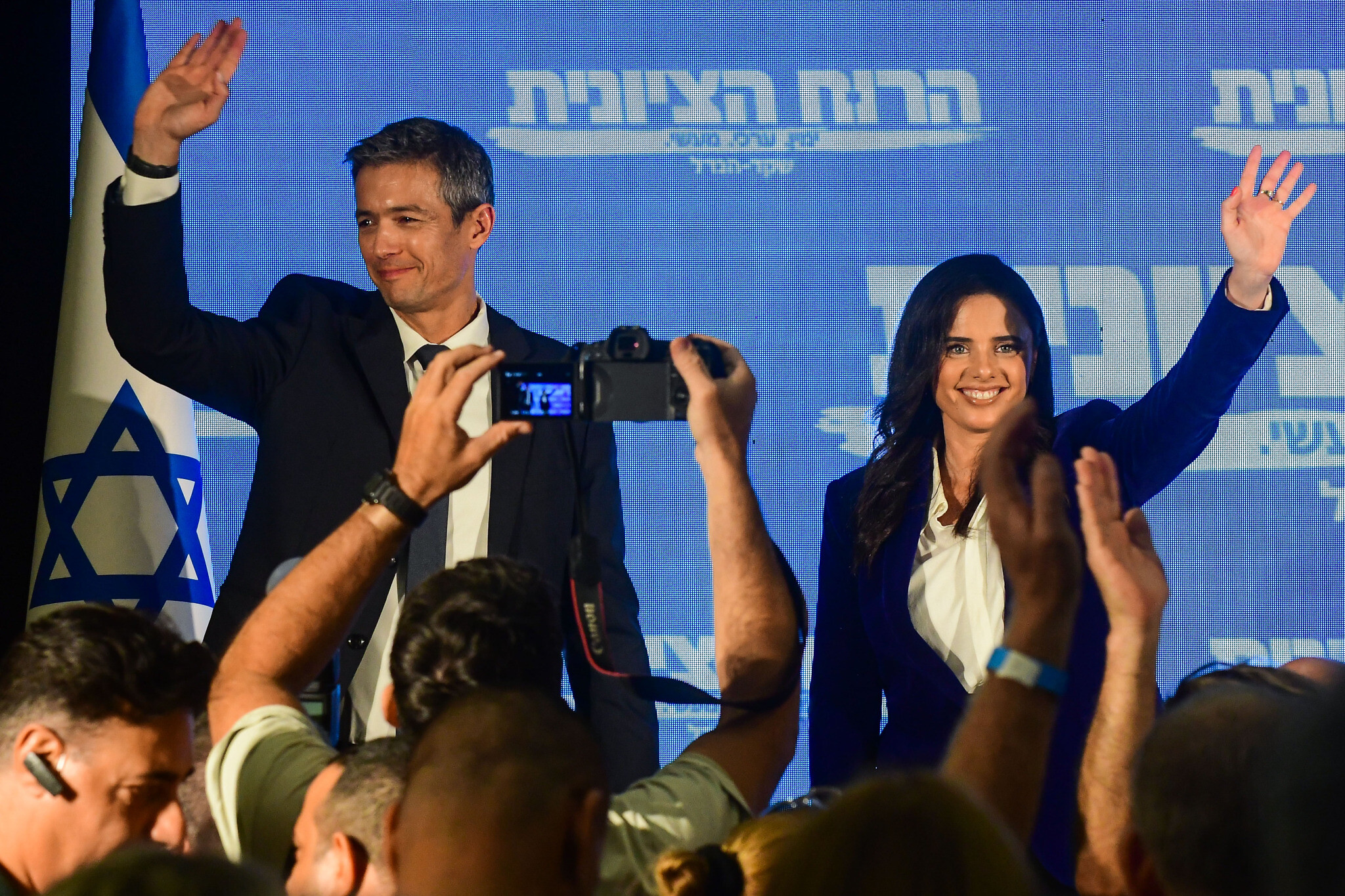 Shaked said that she had been urged to drop out of the race due to her party’s poor polling, but had refused.

“No, I will not leave all the right-wing voters with two choices — Netanyahu or Ben Gvir and Smotrich,” she said.

“I’ll campaign until the end and we’ll achieve a good result. There is a large part of the public that is looking for this Zionist spirit, that wants a proper government, and does not want to be held down by Smotrich’s hate machine or the whims of Netanyahu. That has a place in Israeli society and we represent it,” she said.

She didn’t rule out partnering with Netanyahu in a coalition, saying she wanted to establish a broad national government that included Likud, which is expected to be the largest party after elections.

“Netanyahu is at the head of the Likud party. I don’t think you can disqualify the votes of over a million people. Likud is a partner in a unity government, and Netanyahu is its leader,” she said, adding that she was not in favor of a narrow right-wing government of 61 seats, which would allow lone lawmakers and small parties to wield outsize power by threatening its majority in the Knesset.

Her political partner Hendel has said he is opposed to partnering with Netanyahu, though. The former premier is a divisive figure who is on trial for corruption.

On Friday, Hendel told Channel 12, “Netanyahu is the problem, not the solution. If it were up to me, Netanyahu would be pensioned off, sitting in Hawaii drinking a shake.” 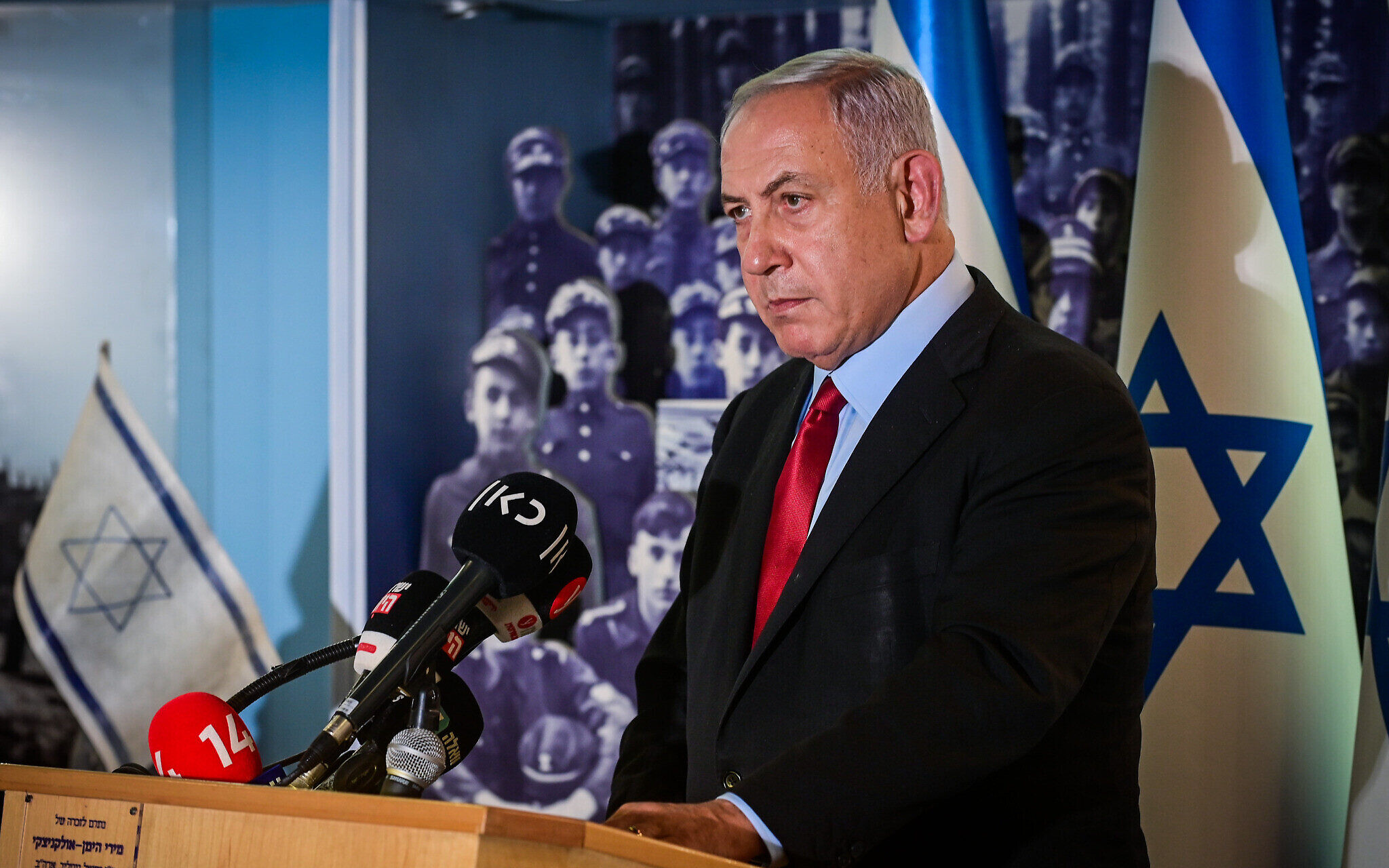 Likud party head Benjamin Netanyahu speaks to the media at the Likud headquarters in Tel Aviv on July 26, 2022. (Avshalom Sassoni/Flash90)

Shaked acknowledged her differing views with Hendel on Saturday.

Shaked and Hendel were both right-wing lawmakers in Israel’s most diverse coalition, with Shaked serving as interior minister and Hendel as communications minister. Before its collapse last month, the government united eight parties across the right, left, center, and Arab political corners on the promise of ousting longtime premier Netanyahu. It ultimately succumbed to ideological divisions on security and nationalist issues.

Derech Eretz was formerly part of Gideon Sa’ar’s right-wing New Hope party. Zvi Hauser, who founded the Derech Eretz party with Hendel, will also join the alliance with Shaked, but has largely been out of the spotlight.

Announcing their merger, Shaked and Hendel told voters on Wednesday night that the new party’s aspiration is to end “polarization” and narrow coalitions resting on “extremists” by building a broad, Zionist government with both Likud and the center-left. 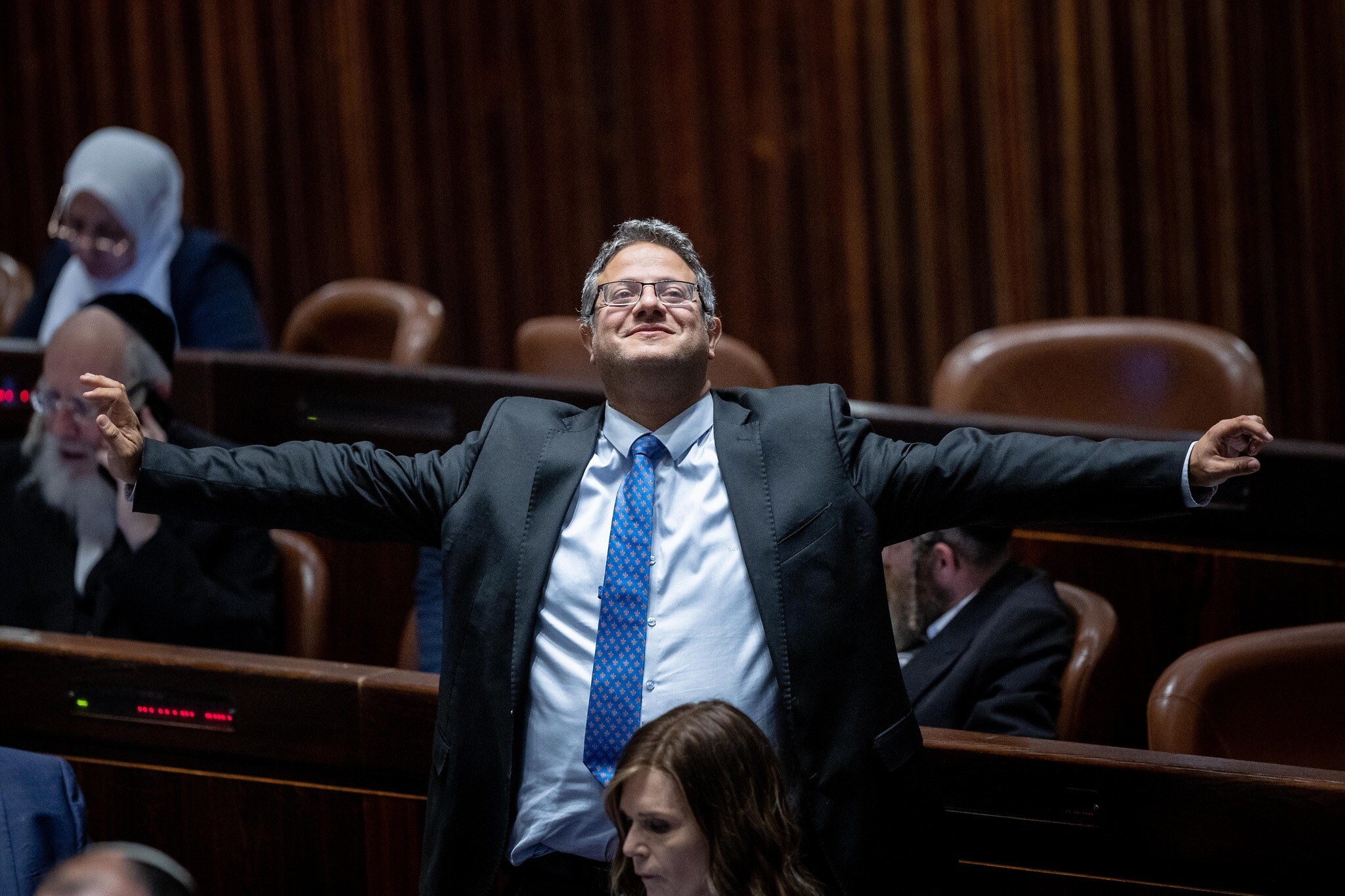 Hendel and Hauser were left out of a merger between New Hope and Blue and White. Shaked inherited a shell of a party hollowed out by a year of internal struggles that culminated with Bennett stepping away from politics. Neither faction has much of a base and Zionist Spirit may struggle to compete in a crowded field of fellow right-leaning parties.

A poll published by Channel 12 news Thursday night showed the party eking out four seats, though surveys directly after a major announcement or event can often be skewed by the buzz. According to that survey, Zionist Spirit would win four seats and, if joining the Netanyahu bloc, would lift it to a narrow-majority 61 seats in the 120-member Knesset.

Whereas Yamina won seven seats in the March 2021 election, support for the party has plummeted, with Likud, Religious Zionism, and Blue and White predicted to pick up most of their fleeing voters.

If Zionist Spirit breaks toward or away from Netanyahu, it could lose essential support from voters casting ballots based on a party’s likelihood of cooperating with Likud.

Their solution – as announced by Hendel on Wednesday – attempted to thread the needle by saying that Zionist Spirit is aiming to sit with everyone, placing the onus on Likud and the center-left to agree to an improbable coalition.

Sorgente articolo:
Shaked: I won’t abandon the right wing to Netanyahu and Ben Gvir – The Times of Israel