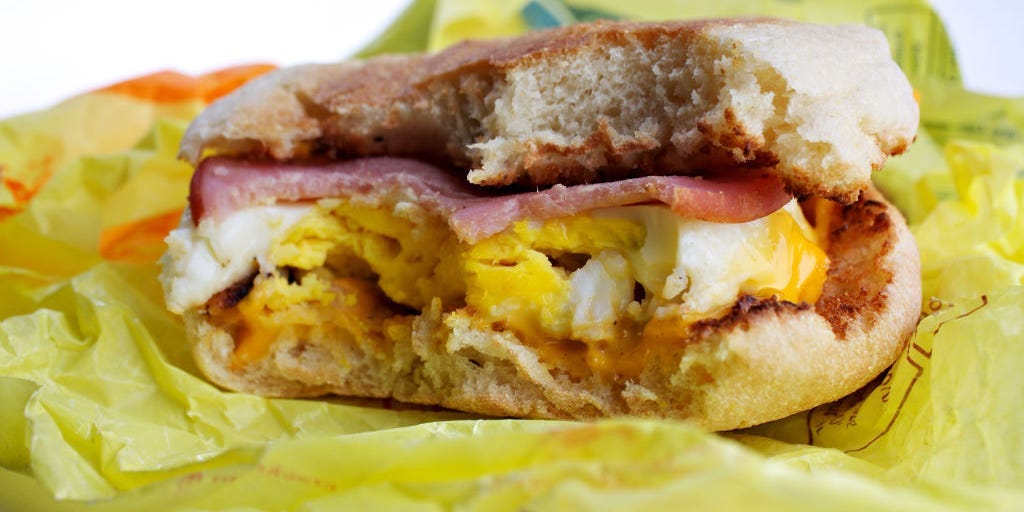 A handful of breakfast sandwiches cost one traveler more than his flight.

An Australian airport fined a traveler 2,664 Australian dollars, or about $1,874, after several McDonald’s breakfast sandwiches were discovered in their luggage, CNN reported.

Australian authorities did not respond to a request for comment from Insider ahead of publication.

Local news said two egg and sausage McMuffins and a ham croissant were identified by a biosecurity detector dog at Darwin Airport last week. The unnamed passenger was on a trip from Bali to Australia.

The individual was fined only a few days after Australian authorities tightened security measures to address an outbreak of Foot and Mouth Disease (FMD) in Bali. Agriculture, Fisheries and Forestry Minister Murray Watt told 7NEWS the food was confiscated, inspected for FMD, and destroyed.

The virus can be carried on people’s clothing, as well as on foods, Australian authorities have said. The disease does not severely affect humans, but would pose a risk to Australian livestock, including cattle, sheep, goats, and pigs.

Experts told CNN an FMD outbreak in the country could cost its economy $80 billion. As a result, the nation instituted a penalty for travelers who fail to declare dairy and meat products on July 22.

“Detector dog Zinta responded to a passenger’s backpack and, after further inspection, it was found they were carrying a variety of risk items,” Watt told 7NEWS. “This fine is twice the cost of an airfare to Bali, but I have no sympathy for people who choose to disobey Australia’s strict biosecurity measures, and recent detections show you will be caught,” he added.

The outbreak has prompted Australian government to announce a $9.8 million biosecurity initiative that includes detector dogs and extra sanitation at airports.

The passenger is not the first to face travel issues this summer. Insider’s Hannah Towey previously reported that flight attendants are struggling to deal with irate passengers amid a surge in flight delays.