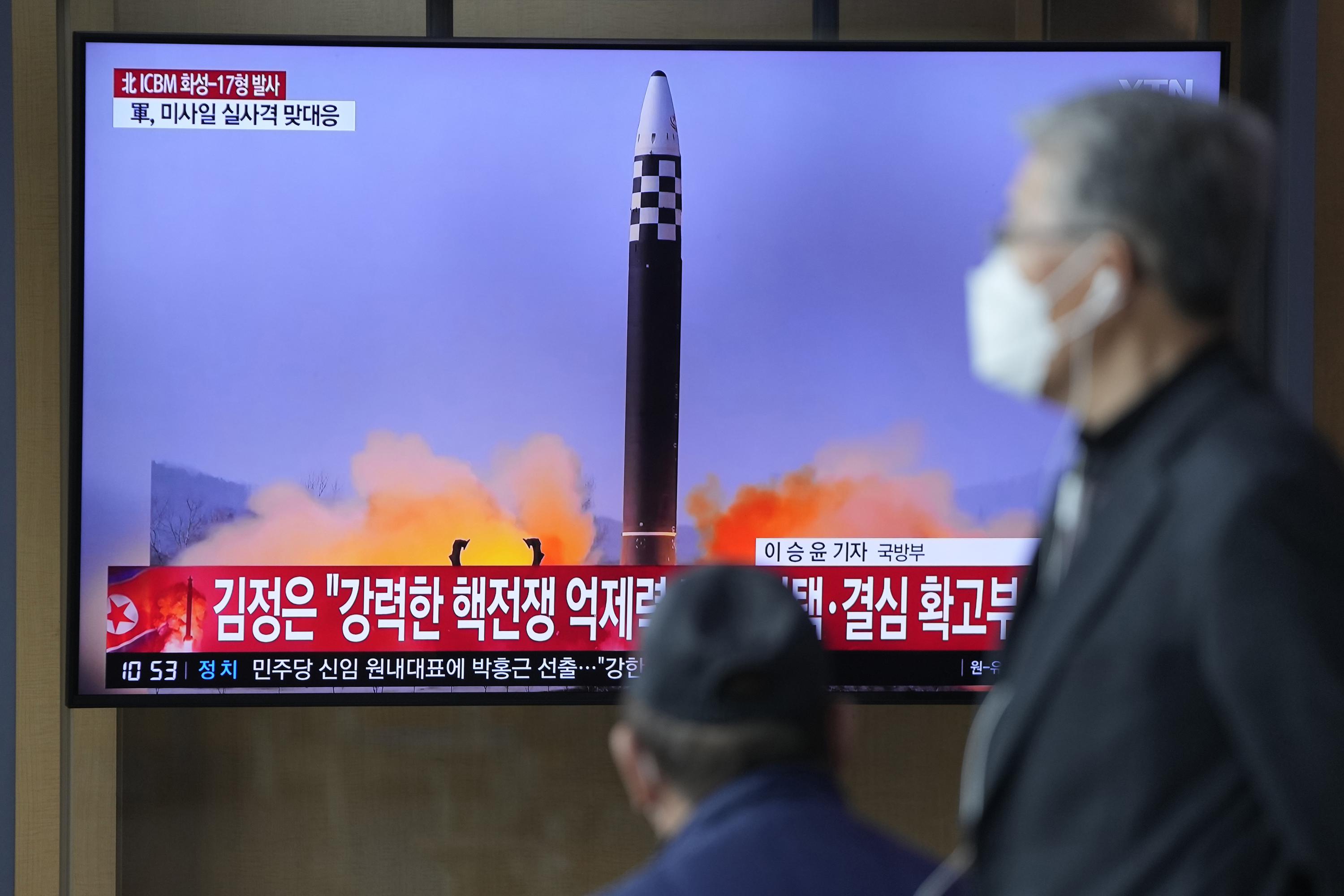 UNITED NATIONS (AP) — There was already plenty of trouble to talk about when a major U.N. meeting on the landmark Nuclear Nonproliferation Treaty was originally supposed to happen in 2020.

Now the pandemic-postponed conference finally starts Monday as Russia’s war in Ukraine has reanimated fears of nuclear confrontation and cranked up the urgency of trying to reinforce the 50-year-old treaty.

Russia’s invasion, accompanied by ominous references to its nuclear arsenal, “is so significant for the treaty and really going to put a lot of pressure on this,” she said. “How governments react to the situation is going to shape future nuclear policy.”

The four-week meeting aims to generate a consensus on next steps, but expectations are low for a substantial — if any — agreement.

Still, Swiss President Ignazio Cassis, prime ministers Fumio Kishida of Japan and Frank Bainimarama of Fiji, and more than a dozen nations’ foreign ministers are among attendees expected from at least 116 countries, according to a U.N. official who spoke on condition of anonymity because he wasn’t authorized to speak publicly before the conference.

In force since 1970, the Nonproliferation Treaty has the widest adherence of any arms control agreement. Some 191 countries have joined.

Nations without nuclear weapons promised not to acquire them, while nuclear-armed Britain, China, France, Russia (then the Soviet Union) and the United States agreed to negotiate toward eliminating their arsenals someday. All endorsed everyone’s right to develop peaceful nuclear energy.

India and Pakistan, which didn’t sign, went on to get the bomb. So did North Korea, which ratified the pact but later announced it was withdrawing. Non-signatory Israel is believed to have a nuclear arsenal but neither confirms nor denies it.

Nonetheless, the Nonproliferation Treaty has been credited with limiting the number of nuclear newcomers (U.S. President John F. Kennedy once foresaw as many as 20 nuclear-armed nations by 1975) and serving as a framework for international cooperation on disarmament.

The total number of nuclear weapons worldwide has shrunk by more than 75% from a mid-1980s peak, largely due to the end of the Cold War between the U.S. and the former Soviet Union. But experts estimate roughly 13,000 warheads remain worldwide, the vast majority in the U.S. and Russia.

Meetings to assess how the treaty is working are supposed to happen every five years, but the 2020 conference was repeatedly delayed by the coronavirus pandemic.

Challenges have only grown in the meantime.

When launching the Ukraine war in February, Russian President Vladimir Putin warned that any attempt to interfere would lead to “consequences you have never seen” and emphasized that his country is “one of the most potent nuclear powers.” Days later, Putin ordered Russia’s nuclear forces to be put on higher alert, a move that U.N. Secretary-General António Guterres called “bone-chilling.”

“The prospect of nuclear conflict, once unthinkable, is now back within the realm of possibility,” he said.

The events in Ukraine create a tricky choice for the upcoming conference, said Patricia Lewis, a former U.N. disarmament research official who is now at the international affairs think tank Chatham House in London.

“On the one hand, in order to support the treaty and what it stands for, governments will have to address Russia’s behavior and threats,” she said. “On the other hand, to do so risks dividing the treaty members.”

Another uncomfortable dynamic: The war has heightened some countries’ apprehensions about not having nuclear weapons, especially since Ukraine once housed but gave up a trove of Soviet nukes.

Conference participants can stress other security strategies or emphasize the costs and dangers of acquiring nuclear weapons, but “it’s important not to be too preachy,” said Michael O’Hanlon of the Brookings Institution think tank in Washington.

“The idea that we can just look other countries in the face and say, ‘You’re better off without the bomb’ — that’s a bit of a hard argument to carry right now categorically,” said O’Hanlon, a senior fellow specializing in defense and security.

Ukraine is hardly the only hot topic.

North Korea appears to have been preparing recently for its first nuclear weapons test since 2017. Talks about reviving the deal meant to keep Iran from developing nukes are in limbo.

The U.S. and Russia have only one remaining treaty curtailing their nuclear weapons and have been developing new technologies. Britain last year raised a self-imposed cap on its stockpile. China says it’s modernizing — or, the U.S. claims, expanding — the world’s third-largest nuclear arsenal.

Daryl Kimball, who heads the nonprofit Arms Control Association in Washington, can’t recall another time when the Nonproliferation Treaty has come up for review with “so many difficulties in so many different areas, and where we have seen such severe tensions between the major players.”

“You can have no doubt that Russia’s actions will affect the climate at the conference and prospects for an agreed outcome document. Other difficult issues may complicate this, as well. But I’m prepared to be somewhat optimistic,” he said in a telephone briefing.

The Associated Press sent inquiries to Russia’s U.N. mission about Moscow’s goals for the conference. There was no immediate response.

In Beijing, Chinese Foreign Ministry spokesperson Zhao Lijian said his country wants to work toward improving global nuclear governance and upholding the international order and will “firmly safeguard the legitimate security and development interests and rights of China and the developing world.”

If the world can’t speak with one voice, disarmament advocates say a strong statement from a large group of countries could send a meaningful message.

In recent years, frustration with the Nonproliferation Treaty catalyzed another pact that outright prohibits nuclear weapons. Ratified by over 60 countries, it took effect last year, though without any nuclear-armed nations on board.

At a recent meeting in Vienna, participating countries condemned “any and all nuclear threats” and inked a lengthy plan that includes considering an international trust fund for people harmed by nuclear weapons.

Fihn, whose Geneva-based group campaigned for the nuclear ban treaty, hopes the vigor in Vienna serves as inspiration — or notice — for countries to make progress at the U.N. conference.

“If you don’t do it here,” she said, “we’re moving on without you elsewhere.”