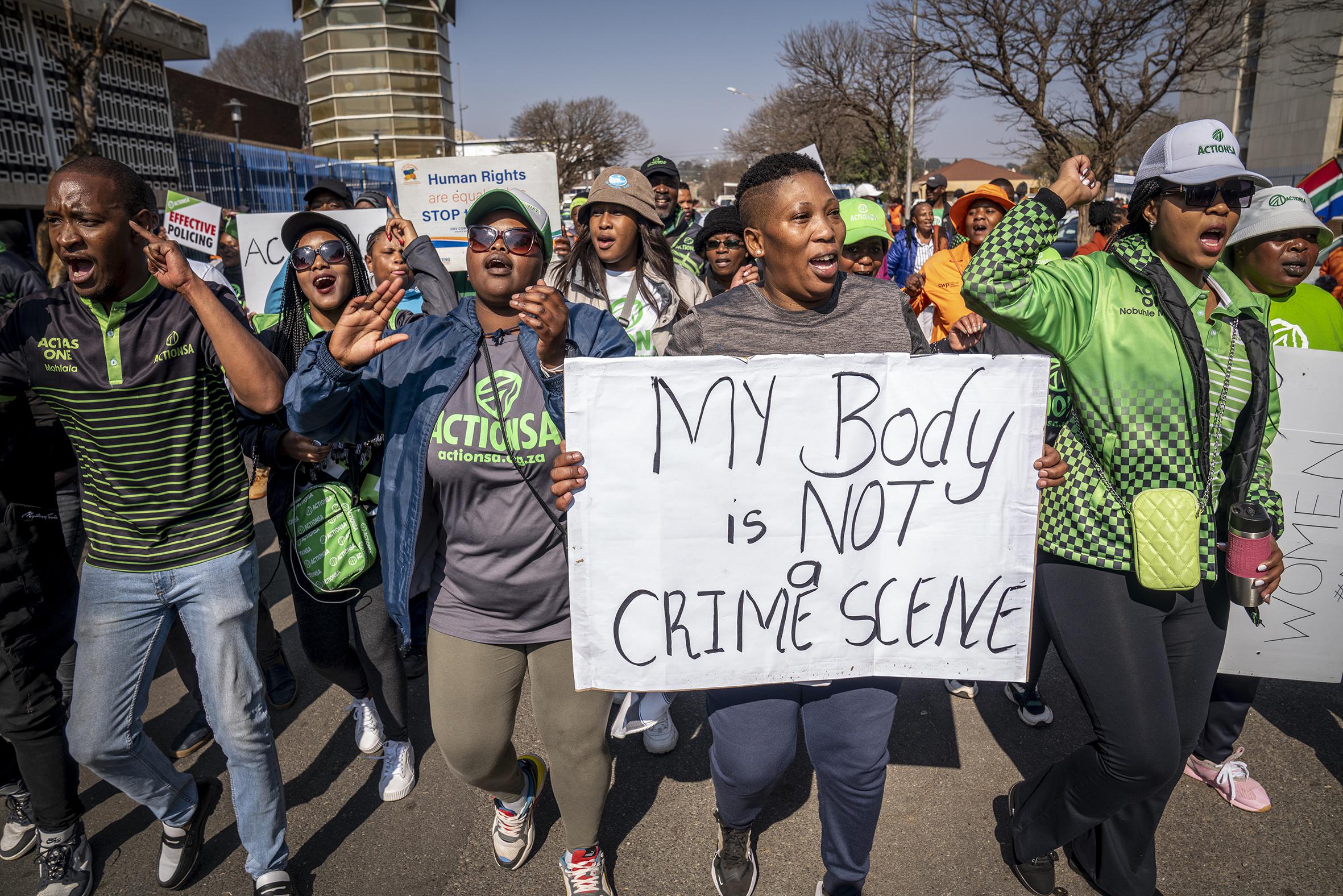 JOHANNESBURG (AP) — More than 80 men suspected of the gang rapes of eight women and the armed robbery of a video production crew in the South African town of Krugersdorp, west of Johannesburg, appeared in court on Monday.

The men were arrested at an abandoned mining site following the rapes and robbery near the disused mine.

The gang rapes occurred when a crew filming a music video at one of the abandoned mines was attacked by armed men on Thursday last week, according to police.

“The crew of 22 people — 12 women and 10 men — were busy filming a music video when they were allegedly attacked by a group of armed men clad in blankets,” Police Commissioner for Gauteng province Lt. Gen. Elias Mawela in a statement.

“The suspects ordered everyone to lay down and proceeded to rape eight of the women and robbed everyone of their belongings before fleeing the scene,” he said. The crew was robbed of all their video equipment. Police are investigating 32 counts of rape, he said.

Laboratory studies of DNA samples from the raped women will be used to identify perpetrators of the rapes, National Minister of Police Bheki Cele said on Monday.

Others arrested are expected to face additional charges of illegal immigration and illegal mining.

More than 300 people demonstrated outside the Krugersdorp Magistrates Court on Monday to express the community’s fury over the rapes.

News of the gang rapes and robbery has angered community and women’s organizations in the area, who have complained that such incidents are rife around Krugersdorp.

“We are going to demand that the police station should be placed under administration because the community has reported many crimes committed by the zama-zamas but nothing has been done,” said Zandile Dabula, secretary-general of Operation Dudula, an organization that protests against illegal immigrants in South Africa. The organization was part of the Monday protest outside the Krugersdorp courthouse.

“It is clear that they are failing to deal with crime in this area so they should be placed under administration,” said Dabula.