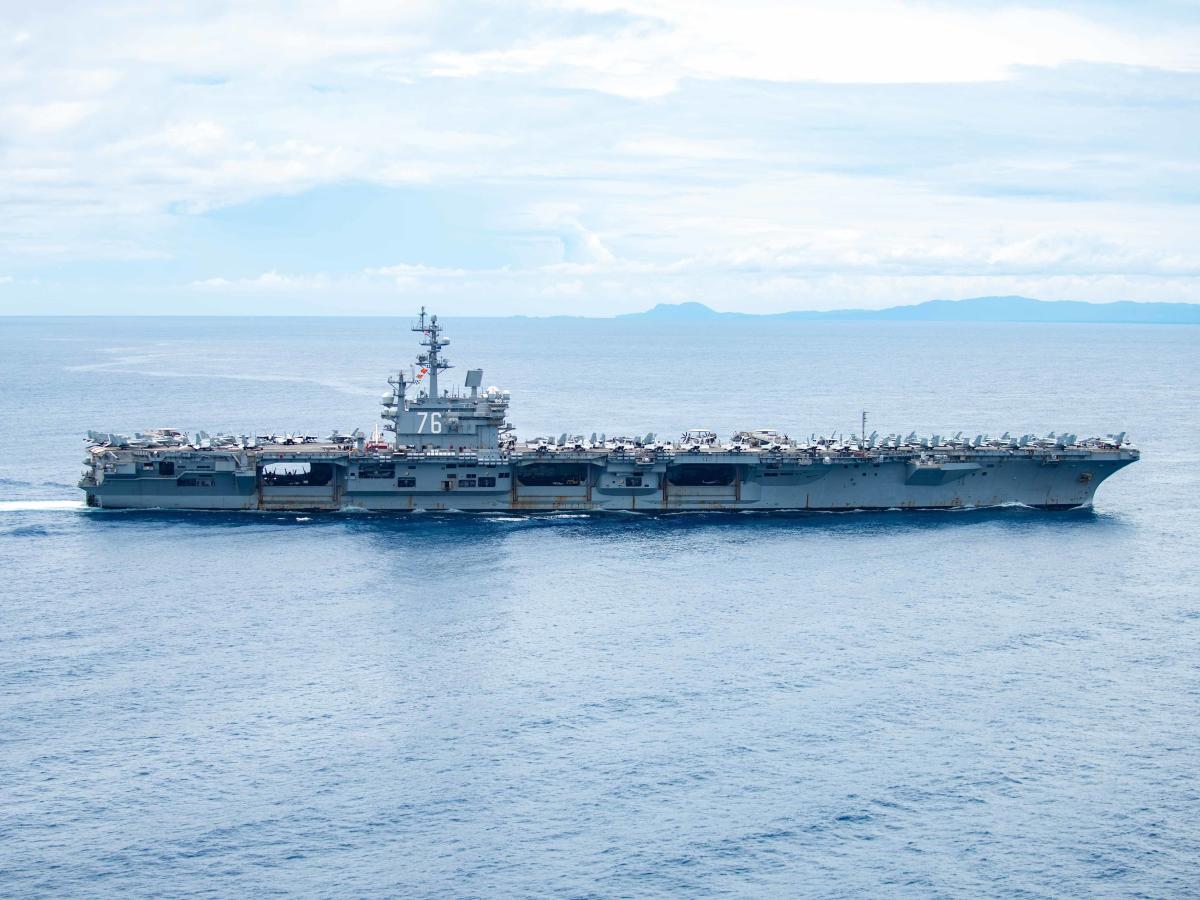 Three US Navy ships, an aircraft carrier, and two amphibious assault ships carrying stealth fighters are operating in waters near Taiwan as China doubles down on its warnings of a possible military response should House Speaker Nancy Pelosi go through with a visit to Taiwan.

The three ships are the USS Ronald Reagan, the only forward-deployed aircraft carrier, USS America, and USS Tripoli, according to a USNI News report.

The Reagan, which is based in Japan, is operating in the Philippine Sea following recent operations in the South China Sea. The America is in the East China Sea, and the Tripoli is positioned just south of Okinawa, the defense outlet reported, pointing to the USNI News Fleet and Marine Tracker.

The Tripoli is carrying as many as 20 Marine Corps F-35Bs, reportedly as part of an evaluation of the Marine Corps’ “lightning-carrier” concept looking at augmenting the US carrier force with amphibs outfitted with F-35s. The America, which has been a testing platform for the same concept, regularly sails with the short-takeoff and vertical-landing variant of the fifth-generation fighter. The Ronald Reagan’s air wing is made up of F/A-18s.

The US vessels are conducting normal operations in the area and are not deployed as force-protection assets amid rising tensions between the US and China over Pelosi’s possible visit to Taiwan, a Pentagon spokesperson told USNI News.

That said, a senior defense official told the outlet that the ships and aircraft could remain in the area should they be needed for a contingency. The Associated Press reported last week that US military is making plans should an incident arise.

On Monday, China reiterated its warning of possible military action if Pelosi visits Taiwan as part of her tour of Asia.

“The Chinese side has expressed its serious concerns and solemn position to the US side many times recently that it firmly opposes House Speaker Pelosi’s visit to Taiwan, stressing that her visit to Taiwan will lead to serious consequences,” Zhao Lijian, China’s foreign ministry spokesperson, said Monday.

Lijian added that the Chinese People’s Liberation Army will “never sit idly by,” doubling down on China’s warnings of potential military action. It is unclear what a Chinese response might be.

China sees Taiwan as part of Chinese territory and has said it would view Pelosi’s visit as a display of support for the self-ruled democratic island’s independence, which China says is unacceptable.

Pelosi and an all-Democrat delegation arrived in Singapore today, and though Pelosi has not confirmed whether she will travel to Taiwan, CNN reported Monday that she is expected to arrive in Taipei as early as Tuesday evening.

Sorgente articolo:
A US carrier and a pair of ships carrying F-35 stealth fighters are operating near Taiwan amid Chinese warnings: report – Yahoo News