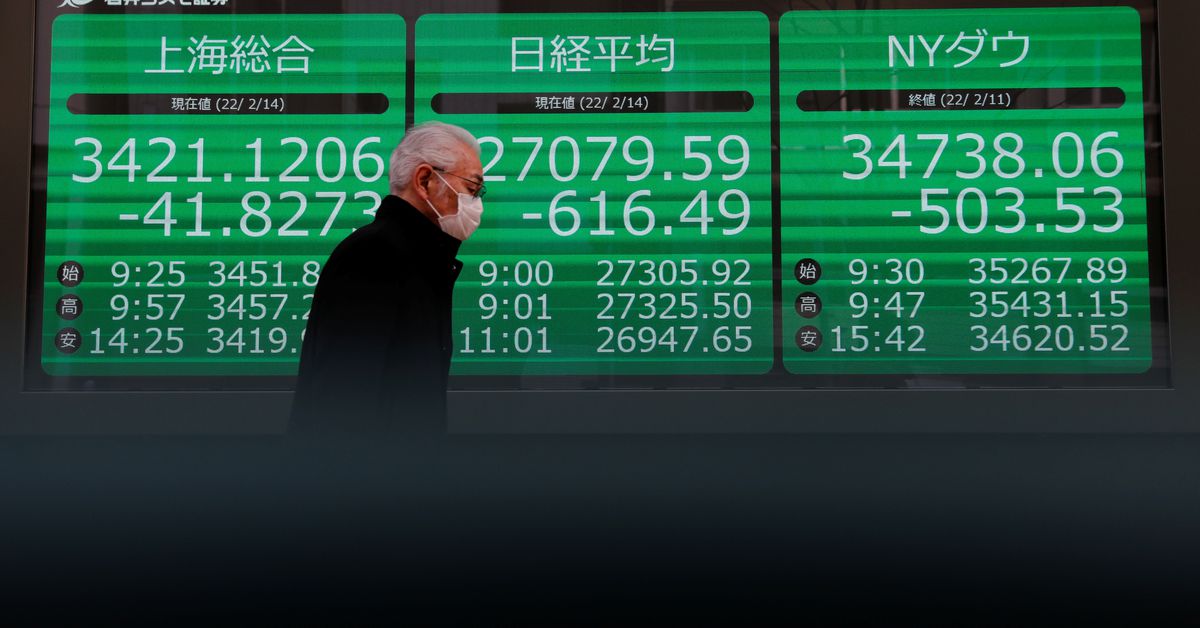 LON.S. House of Representatives Speaker Nancy Pelosi DON/TOKYO, Aug 2 (Reuters) – Global stocks slipped and bond yields fell on Tuesday, compounding fears of a global recession, on concern that a visit by U.S. House of Representatives Speaker Nancy Pelosi to Taiwan would further harm relations between China and the United States.

Investors sought safer assets after China threatened repercussions if Pelosi visited the self-ruled island, which Beijing claims as its territory.

Pelosi was expected to arrive in Taipei later on Tuesday, with several Chinese warplanes flying close to the median line dividing the Taiwan Strait, a source told Reuters.

China has repeatedly warned against Pelosi going to Taiwan. Washington said on Monday it would not be intimidated by China.

“It’s all about the Taiwan threat,” said Robert Alster, chief investment officer at Close Brothers Asset Management. “There’s no way you can say its not moved up to geopolitical agenda.”

The Taiwan issue added to a sense of unease sparked by China, Europe and the United States on Monday reporting weakening factory activity, with that in the U.S. decelerating to its lowest level since August 2020. read more

The benchmark 10-year U.S. Treasury yield fell as low as 2.53% in Tokyo trade, the lowest since April 5, also benefitting from bets a slowdown could spur the U.S. Federal Reserve to ease off the policy-tightening pedal.

The flight for safety played out in currency markets, too.

The Taiwan dollar slipped to its lowest level in more than two years on the weaker side of 30 per U.S. dollar.

Australian stocks pared declines and the Aussie dollar weakened after the central bank raised the key rate by an as-expected 50 basis points, with markets interpreting changes to the accompanying policy statement as dovish. read more

“The Aussie has been underperforming other major currencies lately given global growth concerns so it really needed a hawkish surprise to reignite its recovery from 2-year lows,” said Sean Callow, a currency strategist at Westpac in Sydney.

“Instead, it got the RBA leaving the door wide open to slowing the pace of tightening at future meetings.”

Cryptocurrencies, a barometer for risk appetite, also fell, with bitcoin slipping 2.3% to $22,753.