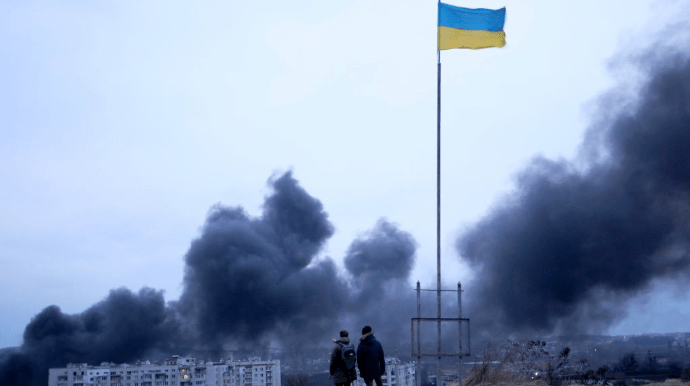 The Armed Forces of Ukraine have repelled Russian assaults on the Bakhmut, Kharkiv, Kramatorsk, Pivdennyi Buh, and Avdiivka fronts.

Source: General Staff of the Armed Forces of Ukraine on Facebook, information as of 06:00 on 2 August

On the Kharkiv front, several Russian units attempted to advance in the areas near Bairak and Dementiivka, but retreated having suffered fire damage at the hands of the Ukrainian Armed Forces. The Russians used tubed and rocket artillery to fire on the areas around Kharkiv, Chuhuiv, Protopopivka, Husarivka, Cherkaski Tyshky, Petrivka and Rtyshchivka, and carried out an airstrike near Verkhnii Saltiv.

On the Kramatorsk front, Russian tanks and artillery fired on the areas around Serebrianka, Siversk, Zvanivka, and Donetske. Russian aircraft conducted airstrikes near Serebrianka. Russian forces attempted to conduct an assault operation near Ivano-Darivka but were unsuccessful and retreated.

On the Pivdennyi Buh front, Russian forces attempted to storm the area near Trudoliubivka but here too they were forced to retreat without making gains. Their Russians are focusing their main efforts on preventing the Ukrainian forces in the area from advancing. Russian occupying forces shelled the areas around Mykolaiv, Trudoliubivka, Tokareve, Topolyne, Kniazivka, Osokorivka, Apostolove, Ivanivka, Posad-Pokrovske, Novohryhorivka, Kobzartsi, Shyroke, and Andriivka.

Russian forces shelled the areas in the vicinity of Avdiivka, Netailove, and Niu-York on the Avdiivka front, and conducted airstrikes near Novobakhmutivka, Avdiivka, and Krasnohorivka. A Russian attempt to conduct an assault operation near Avdiivka was thwarted and the Russians retreated. Fighting near Pisky is continuing.

In addition, Russian forces deployed a reconnaissance group on the Novopavlivka and Zaporizhzhia front, near Novopol. The Ukrainian Armed Forces neutralised the group. Russian forces fired on the areas around Marinka, Kostiantynivka, Novosilka, Pavlivka, Charivne, and Mala Tokmachka.

On the Volyn and Polissia fronts, the Belarusian Armed Forces have not been deployed to new positions and neither has their composition changed significantly. There is an ongoing threat of missile strikes on Ukraine from the territory of Belarus.

On the Sivershchyna front, Russian forces shelled the area near the village of Mykhalchyna Sloboda (Chernihiv Oblast) and continued to conduct regular aerial reconnaissance of Ukrainian troops’ positions in the areas near the Ukrainian border in Chernihiv and Sumy oblasts.

On the Donetsk front, Russian forces are concentrating on mounting an offensive on the Bakhmut and Avdiivka fronts.

Russian ships in the waters of the Black and Azov seas are focusing their efforts on conducting reconnaissance, preventing all civilian shipping, and conducting strikes on targets on the territory of Ukraine.