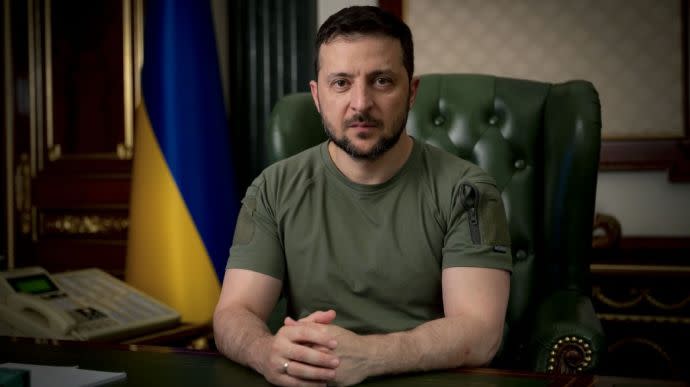 President Volodymyr Zelenskyy said that Ukraine has no illusions that Russia will give up on attempts to disrupt the export of Ukrainian grain.

Details: Volodymyr Zelenskyy noted that the first vessel carrying 26,000 tons of corn left the port of Odesa on Monday, 1 August.

Quote: “As of now, it is too early to draw any conclusions and predict further events. However, the port has started operating, the export traffic has begun, and this can be called the first positive signal that there is a chance to stop the spread of the food crisis in the world. Currently, everything depends on the implementation of the security parameters of the Initiative, which is the responsibility of the partners, primarily the United Nations and Turkey.”

“We cannot be under the illusion that Russia will simply refrain from trying to disrupt Ukrainian exports.”

More details: The President emphasised that Russia has consistently provoked famine in the countries of Africa and Asia, which traditionally imported large volumes of Ukrainian food. He added that at the moment, given the conditions of extreme heat, like this year in Europe, the threat of a price crisis and a certain food shortage has also been impending over some European countries.

“So, we’ll see how the agreements work and whether there will really be any security,” Volodymyr Zelenskyy said.

Quote: “Sixteen vessels are already waiting their turn for departure, and we are ready to make a proper contribution to the stabilisation of the world food market.”

The ship is expected to dock in Istanbul on Tuesday (August 2), where it will pass an inspection before proceeding on its route.

Ukrainian Minister of Infrastructure, Oleksandr Kubrakov said that 16 more vessels, all blocked since the beginning of the full-scale invasion of Russia, have been waiting for their turn in the ports of Odesa.

Sorgente articolo:
Zelenskyy: We cannot have any illusions that Russia will refrain from trying to disrupt Ukrainian exports – Yahoo News