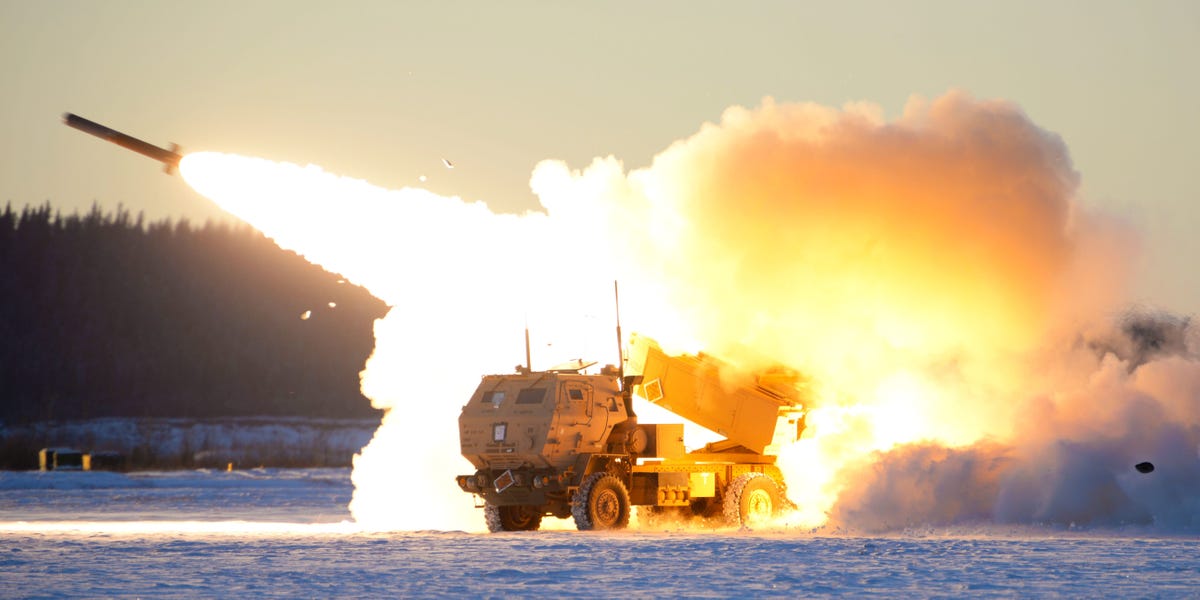 The US has an effective veto on Russian targets hit by HIMARS artillery, a Ukrainian general suggested.

The Telegraph, paraphrasing Skibitsky’s comments, reported that he suggested there were discussions before a launch “that would allow Washington to stop any potential attacks if they were unhappy with the intended target.”

He did not go into further detail.

Asked to comment on this, Pentagon spokesman Robert L. Ditchey II gave a general statement, without confirming or pushing back on the veto claim.

“We provide the Ukrainians with detailed, time-sensitive information to help them understand the threats they face and defend their country against Russian aggression,” he said.

The US has supplied a total of 16 HIMARS units, with the latest four having arrived on Monday.

In the early months of the war, the US resisted giving any HIMARS to Ukraine, fearing that adding longer-range weaponry to Ukraine’s arsenal could be seen as an escalation.

The initial donation, which came after hard Ukrainian lobbying, was on the condition that Ukraine use them only to strike targets in Ukraine, and not anything over the border with Russia.

The mobile artillery units have been hailed as a game-changer in the war. The high-precision units can fire around 50 miles, depending on ammunition used, with Ukraine saying they have used them to kill one Russian general, knock out a crucial bridge, and destroy 50 ammunition depots.

A Wall Street Journal review of Ukrainian use of US intelligence in May described the relationship broadly as the US giving information and leaving Ukraine to decide what to hit and when.

Skibitsky’s suggestion, made months later, was of a more involved exchange. Skibitsky did say the US was not providing direct targeting information — an act that could undermine the US position that it is not taking part in the war.

Nonetheless, Skibitsky’s comments prompted an angry reaction from Russia, Reuters reported on Wednesday, with a spokesperson for its foreign ministry characterizing his words as “confirmation of the direct involvement of the United States in the hostilities.”