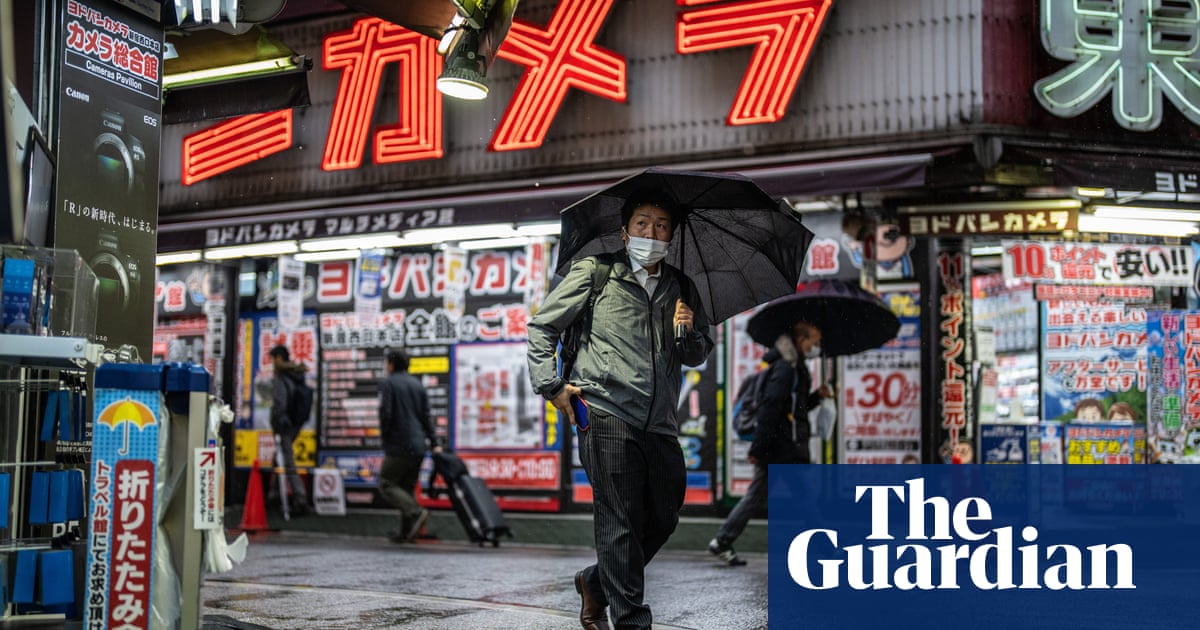 Japan could soon overhaul its battle against coronavirus to relieve pressure on hospitals as it struggles to cope with its biggest outbreak since the start of the pandemic.

Japan has fared comparatively well during the pandemic, with about 32,000 deaths among a population of 126 million, but has recently reported more than 200,000 Covid-19 cases a day – more than any other country – as the BA.5 subvariant hits.

Experts say the recent surge is being driven by children and people under 20, who comprised almost a third of new infections in July, with those under 30 accounting for about half of all new cases.

The government is reportedly considering changing the protocol for reporting new cases to lower the burden on health services, which collect case data. Some officials have questioned the need to report every case – an approach that raises pressure on hospitals and keeps people off work if they are required to isolate as close contacts of infected people.

Some businesses and local government officials are also calling for authorities to reclassify the virus – which belongs to the same category as tuberculosis – so that it is regarded in the same way as flu, amid evidence that the BA.5 subvariant of Covid-19 produces milder cases than previous strains, said the Kyodo news agency.

Japan reported a record 233,100 cases last Thursday; during the week up to Monday it confirmed more than 1.4m new infections – a 1.3-fold increase from the previous week – to bring its total caseload to almost 13m.

Most people under 60 are not yet eligible for a fourth jab, while younger people have been slow to receive their third. In addition, only 17% of children between five and 11 have received two doses since vaccinations for that age group began in February, according to the prime minister’s office website.

More than 60% of Japanese have received three jabs, and mask-wearing is still widespread, but health experts believe cases are rising because it has been several months since many people had their last vaccination.

Pandemic fatigue has also helped drive the latest wave, according to Akimasa Hirata, a professor at the Nagoya Institute of Technology. “Unlike last year, we are not seeing a decrease in the number of people out and about despite an increase in infections,” Hirata told the Kyodo news agency. “Cases may remain high as the vaccine’s efficacy among the working-age population is declining.”

Japan has never ordered lockdowns but has periodically called on people to avoid travel and non-essential outings, and imposed fines on businesses in the night-time economy that ignore requests to close early and restrict alcohol sales.

The government is reluctant to call on people to restrict their movements or to reintroduce curbs on bar and restaurant opening hours. Instead, it will leave it to regional authorities to decide their own measures, with a focus on protecting older and medically vulnerable people.

“Rather than a national response, we want to support regional authorities’ responses that are based on local situations,” said the deputy chief cabinet secretary, Seiji Kihara. “It’s important is to help each prefecture’s social and economic activities.”

While there have been fewer deaths than during previous Covid waves, the number of critically ill people is rising in some parts of the country, Kyodo said.

The occupancy rate of beds set aside for Covid patients in Tokyo has risen to more than 50%, it said, as the capital on Monday reported more than 20,000 new cases for the 13th day running.

The city of Osaka recently urged older residents to avoid non-essential outings until the latest wave subsides, while people in the southern prefecture of Okinawa have been asked to do the same until the middle of the month.

The rise in infections has also caused disruption to sectors of the economy. Train companies in some regions have had to cut back services due to a lack of staff, while Toyota suspended night shift operations at one of its production lines.