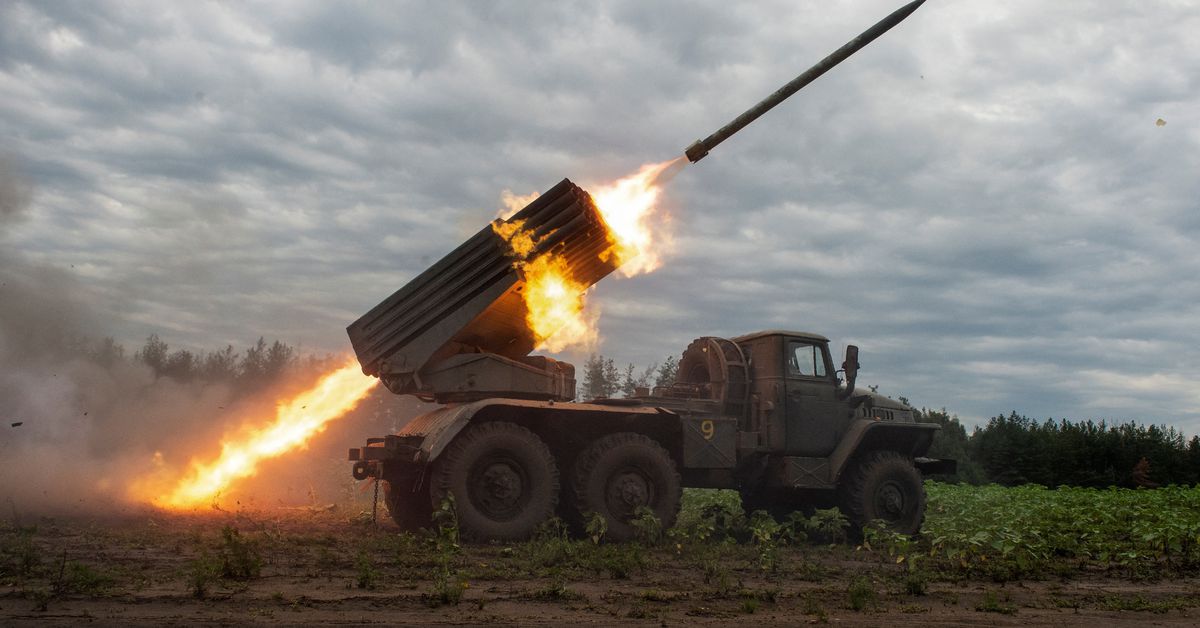 KYIV/ISTANBUL, Aug 3 (Reuters) – Ukraine on Wednesday dismissed comments by ex-German chancellor Gerhard Schroeder that Russia wanted a “negotiated solution” to the war and said any dialogue would be contingent on a Russian ceasefire and the withdrawal of Russian troops.

Schroeder, a friend of Russian President Vladimir Putin and increasingly derided in Germany for his pro-Russia stance, said last month’s agreement on grain shipments from Ukraine, aimed at easing a global food crisis, might offer a way forward. read more

The first grain ship since the war started passed through the Bosphorus Strait on Wednesday en route to Lebanon. read more

“The good news is that the Kremlin wants a negotiated solution,” Schroeder told Stern weekly and broadcasters RTL/ntv, adding he had met Putin in Moscow last week. “A first success is the grain deal, perhaps that can be slowly expanded to a ceasefire.”

In response, Ukrainian presidential adviser Mykhailo Podolyak described Schroeder as a “voice of the Russian royal court” and made clear that the grain agreement would not lead to negotiations.

“If Moscow wants dialogue, the ball is in its court. First — a cease-fire and withdrawal of troops, then — constructive (dialogue),” Podolyak wrote on Twitter.

“We hear and see this ‘readiness’ every day: artillery strikes, missile terror against civilians, mass atrocity crimes. Russia remains focused on war, everything else is just a smokescreen,” he wrote on Twitter.

The grain agreement, brokered by the United Nations and Turkey, has been hailed as a rare diplomatic success in the more than five months of war since Putin sent his troops over the border on what he calls a “special military operation”. Tentative efforts at peace talks in the early stages of the conflict went nowhere.

But Ukrainian President Volodymr Zelenskiy played down its importance on Wednesday, saying the shipment was a fraction of the crop Kyiv must sell to help salvage its shattered economy.

The ship, Razoni, left Odesa on the Black Sea early on Monday carrying 26,527 tonnes of corn to the Lebanese port of Tripoli.

Zelenskiy, speaking via video to students in Australia, interpreter, said more time was needed to see whether other grain shipments would follow.

HARVEST FOR THE WORLD

Zelenskiy has repeatedly warned that Moscow may try to obstruct exports despite signing up to the deal.

Russia, which blockaded the ports after the Feb. 24 invasion, has said it wants to see more done to facilitate the exports of its own grain and fertilisers.

U.S. President Joe Biden has said he wants Ukraine to defeat Russia and has supplied billions of dollars of arms to Kyiv. But the United States does not want a direct confrontation between U.S. and Russian soldiers.

Ukraine and Russia have traded accusations over a missile strike or explosion on Friday that appeared to have killed dozens of Ukrainian prisoners of war in the frontline town of Olenivka, held by Moscow-backed separatists in eastern Donetsk.

U.N. Secretary-General Antonio Guterres said on Wednesday he would launch a fact-finding mission into the deaths, which he said had been requested by both sides. read more

Ukraine said on Wednesday that Russia had started creating a military strike force aimed at Zelenskiy’s hometown of Kryvyi Rih and warned that Moscow could be preparing new offensive operations in southern Ukraine.

Russia holds swathes of Ukraine’s south that it captured in the early phases of its invasion, but Kyiv has said it will mount a counter-offensive. It said on Tuesday it had already recaptured 53 villages in occupied Kherson region. read more