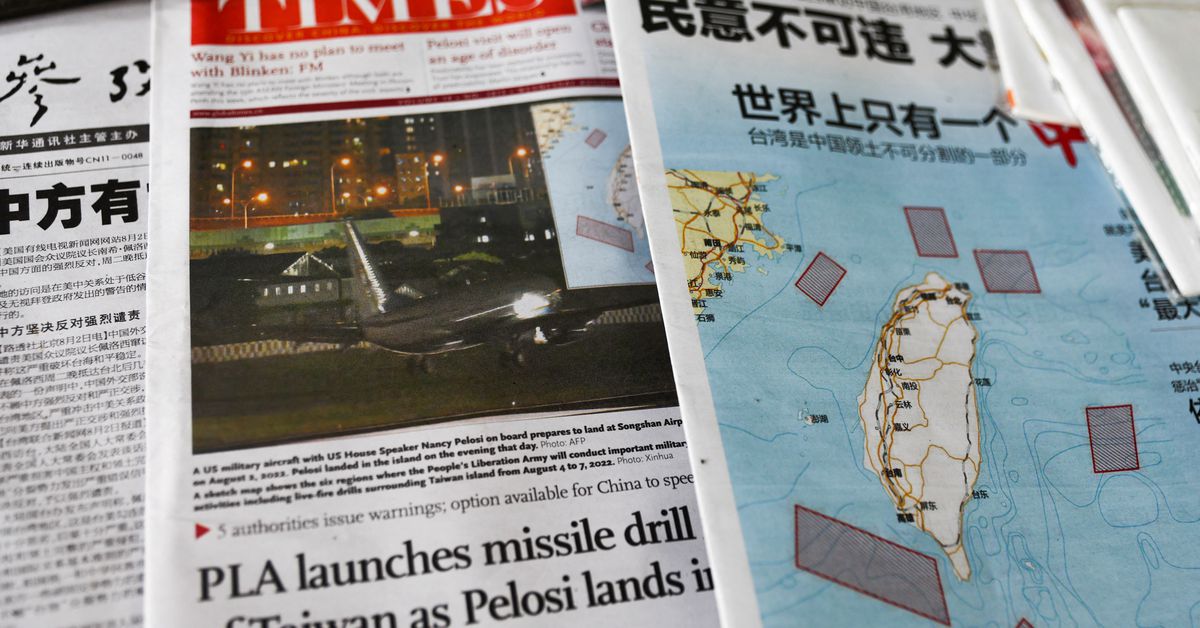 BEIJING, Aug 4 (Reuters) – China’s People’s Liberation Army has begun military exercises including live firing on the waters and in the airspace surrounding the island of Taiwan, Chinese state television reported on Thursday.

The drills, spread out across six locations, are due to end at 12:00 p.m. (0400 GMT) on Sunday. The exercises followed U.S. House of Representatives Speaker Nancy Pelosi’s visit to Taiwan, a trip condemned by Beijing, which claims the self-governed island as its own.

Significantly, in the north, east and south, the exercise areas bisect Taiwan’s claimed 12 nautical miles of territorial waters – something Taiwanese officials say challenges the international order and amount to a blockade of its sea and air space. read more

The locations encircle the island in an unprecedented formation, Meng Xiangqing, a professor at the National Defence University, told Chinese state television, describing how an actual military operation against Taiwan could play out.

“In fact, this has created very good conditions for us when, in the future, we reshape our strategic landscape conducive to our unification,” Meng said.

Chinese forces in two areas off the northern coast of Taiwan could potentially seal off Keelung, a major port, while strikes could be launched from an area east of Taiwan targeting the military bases in Hualien and Taidong, he said.

The “doors” to Kaoshiung could also be closed by Chinese military off the southwestern coast, Meng said.