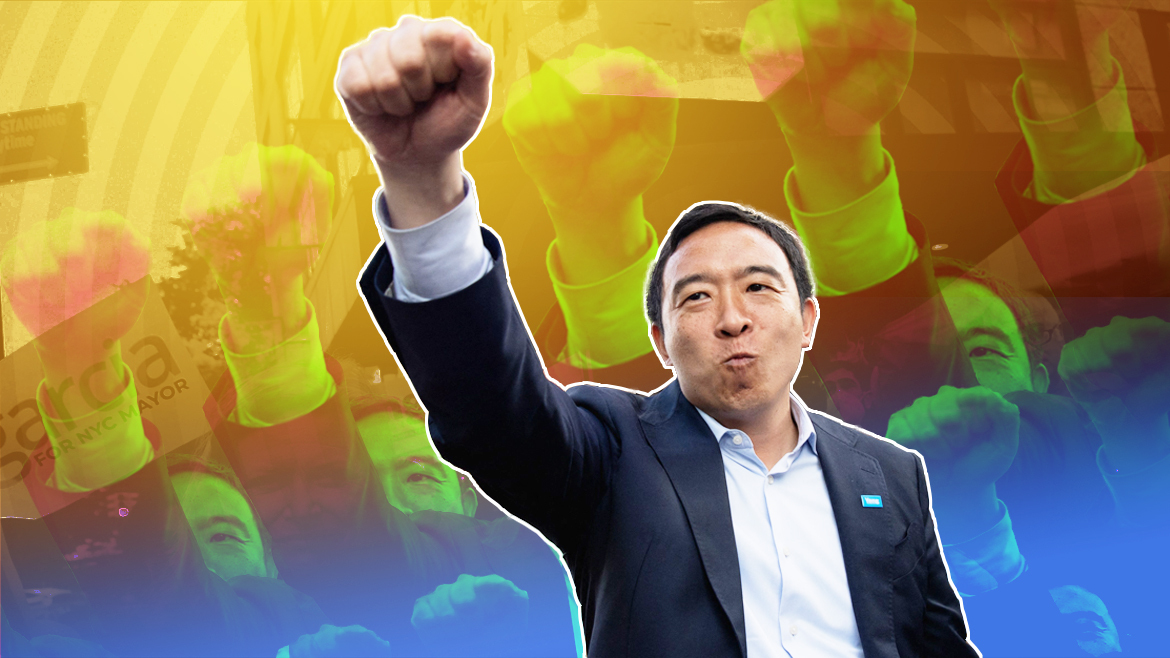 “The 360” shows you diverse perspectives on the day’s top stories and debates.

Dozens of former Republicans and Democrats announced last week that they had formed a new centrist political party aimed at attracting the support of voters who have become dissatisfied with America’s two major political parties.

The party, called Forward, is led by former Democratic presidential candidate Andrew Yang alongside former Republican New Jersey Gov. Christine Todd Whitman and ex-GOP lawmaker David Jolly. In an op-ed for the Washington Post describing their vision, the trio described Forward as a “unifying political party for the majority of Americans who want to move past divisiveness and reject extremism.”

Attempts to establish a viable third party that can meaningfully compete with Democrats and Republicans are not new, but none of those efforts have been able to break the dominance of the two parties. It’s been more than 50 years since a third-party presidential candidate has won any electoral votes. The most successful modern candidate from outside the two major parties was Ross Perot, who received nearly 19% of votes while running as an independent in 1992.

The two major parties also hold near-unanimous command over Congress. Each of the 431 current members of the House of Representatives is from one of the two parties. There are two independents in the Senate, though both consistently vote with the Democrats, and one, Bernie Sanders of Vermont, has run for the Democratic presidential nomination.

Forward’s leaders are aware of this history but argue that a huge share of Americans “feel they aren’t represented” by the two major parties — which they say creates room for a moderate third party to step in and make a difference.

Though they acknowledge that it’s a very steep climb, some experts believe the current environment may be ripe for a third party — even if it’s not Forward — to have a substantive impact on American politics. A Gallup poll early last year found a record 62% of voters believe the two major parties are doing such a poor job that an alternative party is needed. While they concede it may be far-fetched to imagine a third-party candidate making a legitimate challenge for the presidency in 2024, optimists argue there is opportunity for outside groups to be competitive in local races and build a solid foundation that allows them to gradually increase their influence over time.

But skeptics say the challenges are simply too steep for any third party to break through. Beyond the enormous financial and infrastructure advantages the major parties enjoy, America’s “winner-take-all” system of government can make it impossible for third parties to hold any real governing power. Critics also say polling on suggesting a widespread desire for a third party can be misleading. They say that while there are plenty of discontented voters, they are spread so disparately across the ideological spectrum that no one party could possibly represent all of their varying views. There’s also the “spoiler” problem, in which third parties tend to siphon off votes from the major party they’re most closely aligned with, which can ultimately help the party they most oppose win close races. For example, voters who supported Green Party candidates Ralph Nader in 2000 and Jill Stein in 2016 have been blamed — fairly or not — by some Democrats for helping the GOP win the presidency in both those elections.

Some political analysts, though, say the impact of third parties shouldn’t be judged solely by whether they win elections. They argue that there are plenty of examples in history when a third party gained enough support that one of the major parties was compelled to make a substantial policy shift in response. A centrist third party could have a similar effect today, some argue, by forcing either Democrats or Republicans to moderate their approach if they fear too many voters will abandon them.

Forward is planning to hold its first party convention next summer and aims to have candidates on the ballot in local and state-level races across the country in 2024. Party leaders say there are currently no plans to run a presidential candidate during that election cycle.

“No matter the exact percentage of disaffected moderates, it seems certain that were a centrist coalition or political vehicle to arise in service of ‘bipartisan’ policy objectives, it would shift the political center of gravity and find itself constituting a majority, or at least be sufficiently substantial to deny one to the political extremes (or the legacy political parties animated by them).” — Richard J. Shinder, The Hill

“Our two-party system exists not because Americans want just two parties. They definitively want more. But our antiquated ‘first-past-the-post’ system of voting, where the candidate with the most vote wins, renders third parties as spoilers and thus directs all political ambition to the two major parties, entrenching the two-party system.” — Lee Drutman, Boston Globe

Third parties should be judged by their influence, not by election victories

The supposed constituency for a moderate third party isn’t real

“Ultimately, the purported constituents for a centrist third party aren’t as large a group as is often imagined and aren’t really centrists, either. And their alienation from both parties may be more about alienation from politics or, to put it another way, from the prospect of doing anything about their grievances. This fantasy will never die, but it’s not springing into real life in the foreseeable future.” — Ed Kilgore, New York

Third parties can achieve real victories at the local level

“Americans consistently voice growing distrust in the federal government, greater faith in local government, and an increasing preference that states take the lead over D.C. in setting policy. … Reviving federalism and localism could be more appealing to voters than yet another empty assertion that, deep down, we all favor ‘commonsense solutions’ that strike many people as nothing of the sort.” — J.D. Tuccille, Reason

A third, fourth and fifth party need to rise together to truly weaken the major parties

“Any single new party tends to divide the ranks of one of the existing parties — whichever is closer to its political philosophy. … On the other hand, if two or even three new parties tried to form at once, the result could be unpredictable and fluid.” — Quin Hillyer, Washington Examiner

The spoiler problem may be insurmountable

“Favoritism for party candidates is a tough mountain to climb. Even voters who might consider independent or third-party candidates often decide that they do not want to waste their vote, and they will choose a candidate from one of the two major parties as the lesser of two evils. Americans prefer to vote for a candidate they believe can win.” — Kevin Wagner, Palm Beach Post

“The 2024 presidential election may be a good opportunity for an independent campaign. It’s implausible that such a candidate would win the presidency, but making enough noise to be noticed isn’t rare. … If President Joe Biden remains unpopular and continues running for another term well into 2023, that would set up the same circumstance.” — Jonathan Bernstein, Bloomberg

Even discontented voters are extremely hesitant to ditch the major parties

“In this climate — where large factions of party members regard the other party as not just wrong, but evil — the idea of a new entity drawing discontented voters from the center of both parties seems a heavy reach.” — Jeff Greenfield, Politico

A moderate conservative party could force the GOP to abandon Trumpism

“A non-Trumpy candidate could play the role of spoiler by garnering enough conservative votes in the general election to throw the election to the Democrat. … The point is to cause the GOP some pain for its descent into asininity. … It would also serve to remind the GOP that if you abandon conservative principles, conservatives might abandon you.” — Jonah Goldberg, Los Angeles Times

Major parties have too much money and power

“It would take tens if not hundreds of millions of dollars to establish an organization capable of challenging the Big Two, they’ve learned — think mom-and-pop startup challenging Coke and Pepsi — and existing political donors are generally locked into one side of the aisle or the other. So are the vast majority of political professionals who would risk their careers to aid in the creation of a major new national party. Like it or not, inside American politics, you’re on one side or the other. There is no in between.” — William F. B. O’Reilly, Newsday

Third parties are attractive only in the abstract

“Real politics requires you to not just say ‘Gee, wouldn’t it be great if everything was better?’ but to make hard choices, choices that will make some people mad. It means risky stands on principle and tradeoffs and imperfect solutions and fights. If you aren’t willing to take all that on, you aren’t serious about politics.” — Paul Waldman, Washington Post

Is there a topic you’d like to see covered in “The 360”? Send your suggestions to the360@yahoonews.com.

Sorgente articolo:
Is there any room for a 3rd party in American politics? – Yahoo News