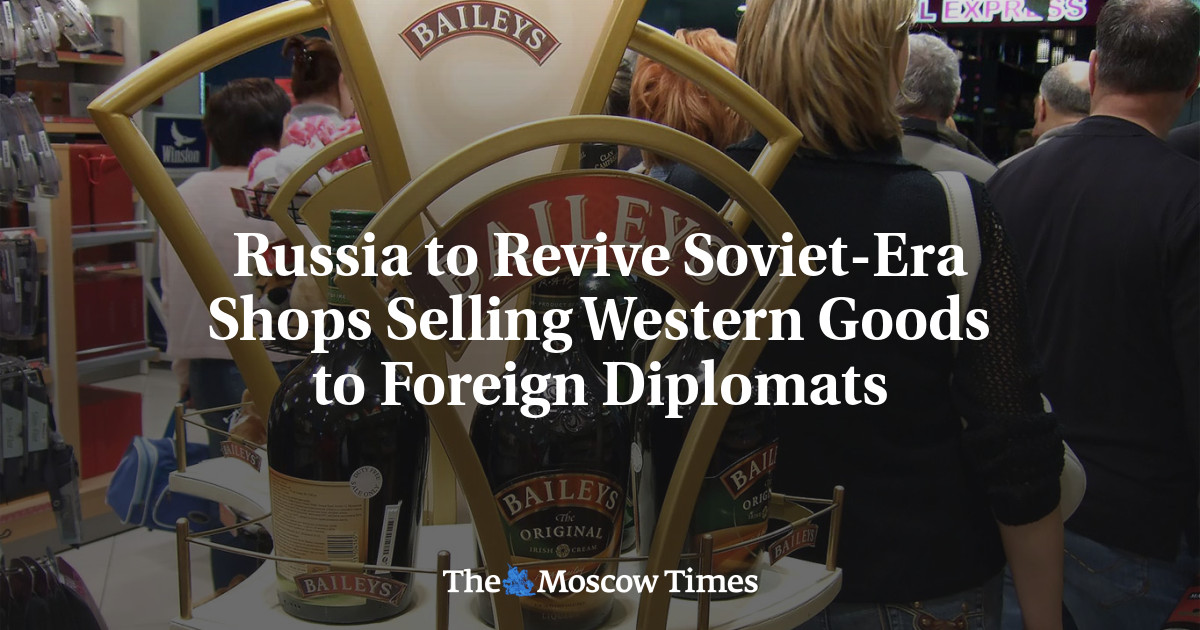 Russia will revive the Soviet-era practice of duty-free shops for foreign diplomats, allowing them to buy goods no longer imported to Russia due to Western sanctions, according to a government order issued last week.

The stores could open in the capital Moscow and St. Petersburg shortly after the order takes effect on Aug. 27.

“Back in the Soviet times, my friends worked abroad, and there were shops for diplomats, which had certain discounts. These outlets allow diplomats to freely buy goods that they cannot import or buy in the host country.”

The diplomat-only retailers hark back to the “Beryozka” retail chain, which sold foreign-made household appliances, clothes and even rare food items to foreign diplomats and citizens working in Soviet Russia.

The modern equivalents of “Beryozka” will be open exclusively to foreigners able to confirm their diplomatic status or affiliation with an international organization.

Some goods expected to appear on the shelves of the diplomat-only stores are alcohol, tobacco products, perfumes and beauty products, sweets, jewelry, smartphones and luxury watches. Purchases will be able to be made using rubles, dollars or euros.

The retail spots will be run by a Russian company in cooperation with the Foreign Ministry. The ministry, according to the published order, will have the right to routinely receive information about all buyers and their purchases.

In addition to becoming an oasis of foreign-made goods — many of which are already scarcely available in Russia — the shops are expected to become an additional source of foreign currency for the Russian economy, according to Dzhabarov.