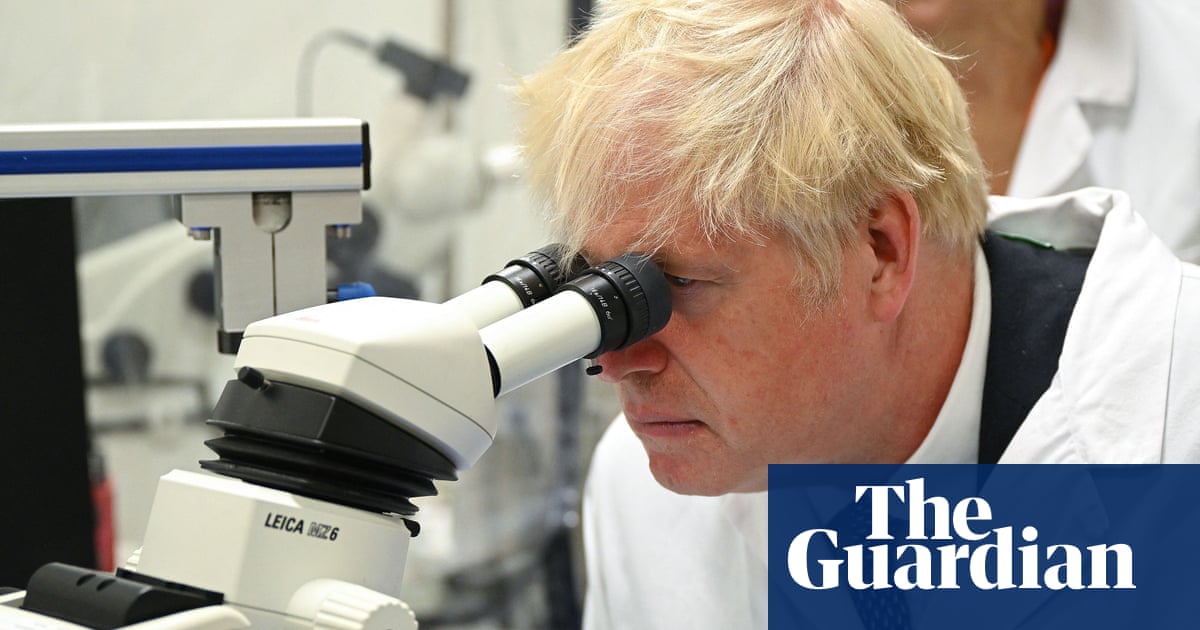 Britain’s plan to become a “science and technology superpower” is so lacking in focus and so full of new organisational structures that the country risks becoming a “bureaucracy superpower” instead, an influential crossbench peer has said.

Prof John Krebs, the co-author of a Lords report on the government’s global ambitions for science and technology, said despite laudable rhetoric, there was no clear strategy as to how the “superpower” ambition might be realised, and reasons to doubt it would succeed.

“The government’s plan to become a science superpower is great, but at the moment it feels like setting off on a marathon with your shoelaces tied together and no signposts telling you how to get to the finishing line,” Krebs said. “There is a danger the UK becomes a bureaucracy superpower rather than a science superpower.”

The Cabinet Office said last year that cutting-edge science and technology was “essential” to the country’s prosperity in the digital age, and declared its ambition for the UK to become a “science and tech superpower” by 2030. The goal builds on a pledge to boost research and development funds to 2.4% of GDP by 2027. This requires reversing a trend that saw funding fall from 1.84% of GDP to 1.74% between 1985 and 2019.

Lady Brown, the chair of the Lords committee, said while the government had “high ambitions” for science and technology, the inquiry found a “plethora of strategies” in different areas with little linking them together. Meanwhile, numerous official bodies had ill-defined or overlapping responsibilities, and it was often unclear who was accountable for what.

More than a dozen strategies and initiatives linked to research and innovation were launched in the life sciences alone between 2017 and 2021, the inquiry heard, leading to what Krebs called a “confusing landscape” and suspicions that the government might be better at writing new strategies than delivering them.

The report urges the government to be specific about what it wants to achieve and to publish a clear implementation plan with measurable goals. It calls for closer work with business to reach the 2.4% of GDP target and the urgent appointment of a new science minister at cabinet level. The post has been vacant since George Freeman resigned early last month.

The peers go on to criticise the UK’s approach to international science collaborations, with massive cuts to overseas aid coming out of the blue and a failure to join Europe’s £80bn Horizon Europe programme because of a row over Brexit in Northern Ireland. “Cutting ourselves off from the biggest international collaborative programme is a remarkably inept thing to do,” Krebs said. The UK got far more money out of the previous Horizon programme than it put in.

The Tory leadership candidates, Liz Truss and Rishi Sunak, had been “virtually silent” on science and technology, Krebs said, raising further doubts about the government’s commitment to the superpower goal. “This report, and its conclusions and recommendations, should be on the desk of the next prime minister as soon as he or she gets into the job,” he said. “What worries me – though it’s not something the committee looked into – is with the emphasis on tax cutting, some of these commitments to increase science spend might be quietly dropped or dialled down.”