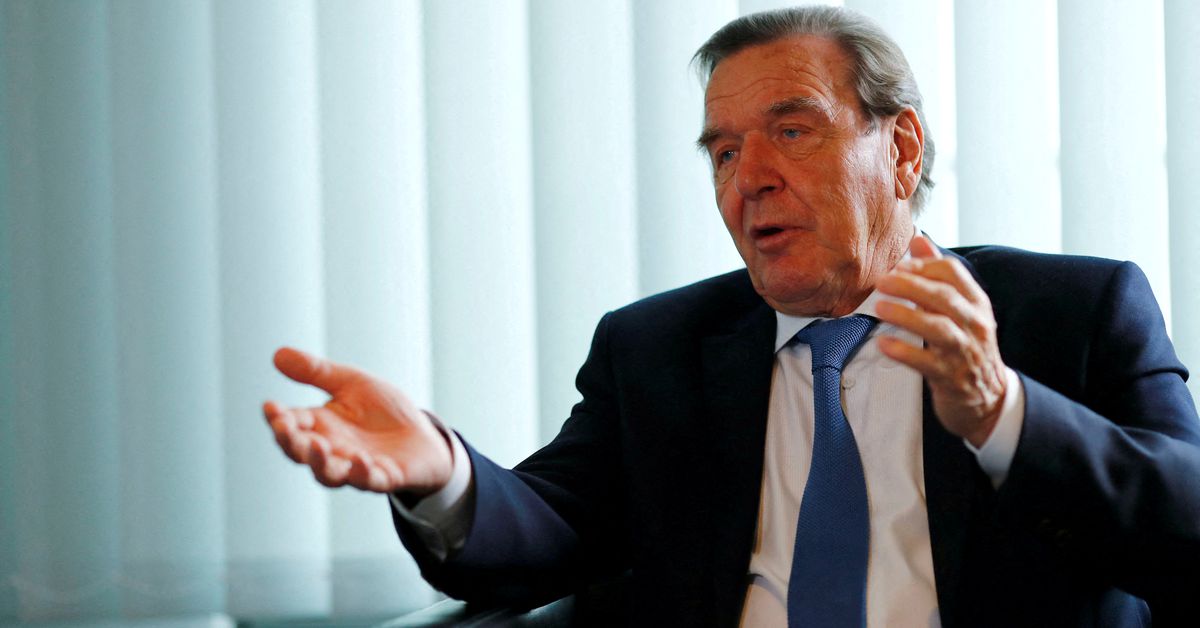 Schroeder, who is a friend of President Vladimir Putin, said he met the Kremlin leader last week, adding there was even the possibility of slowly reaching a cease-fire. read more

“It is simply disgusting when former leaders of major states with European values work for Russia, which is at war against these values,” Zelenskiy said in a late-night video address.

Presidential adviser Mykhailo Podolyak earlier dismissed Schroeder as a “voice of the Russian royal court” and said any negotiated peace settlement with Moscow would be contingent on a ceasefire and the withdrawal of Russian troops.