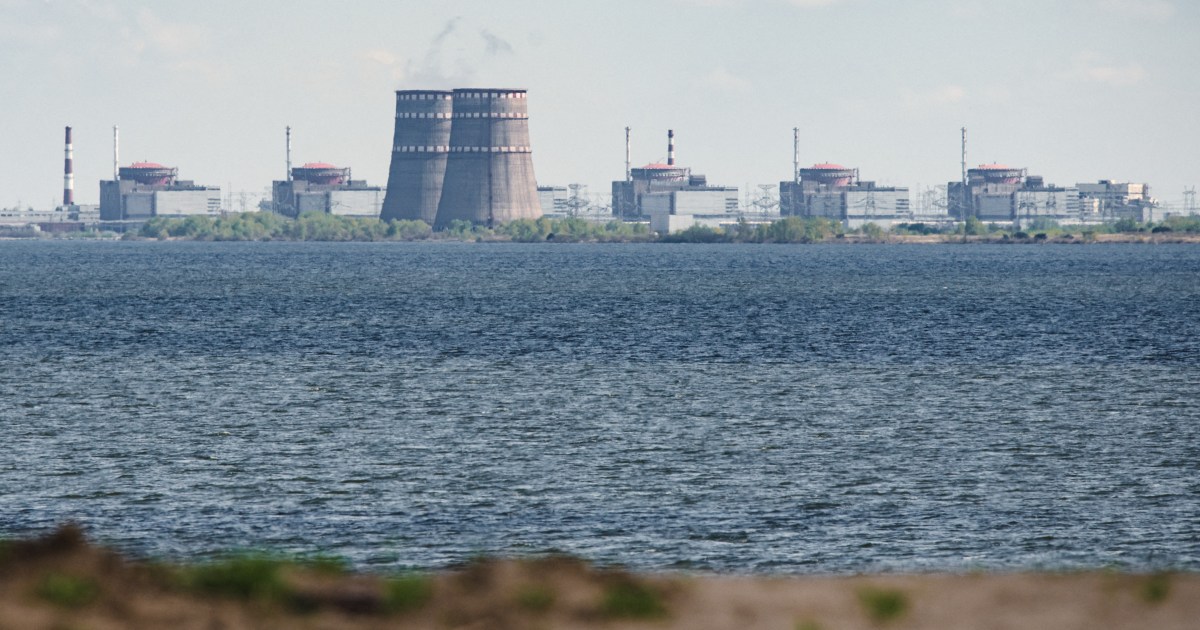 The UN nuclear chief says contact with the Zaporizhzhia plant is ‘fragile’ and that access was difficult.

The head of the United Nations nuclear watchdog has appealed for access to a Ukrainian nuclear power plant now occupied by Russian forces to determine whether it was a source of danger.

Contact with Europe’s largest nuclear plant, which is in Zaporizhzhia and is being operated by Ukrainian technicians, was “fragile” and communications did not function every day, International Atomic Energy Agency (IAEA) head Rafael Grossi told Swiss newspaper Tages-Anzeiger.

“We can’t afford faulty communication with the plant in areas relevant to safety. We know of allegations that live ammunition is stored in the plant, that there are attacks on the power plant,” he said in an interview published in German.

“Frankly, if I don’t have access, I can’t determine that. There are contradictions between the accounts of the Russian and Ukrainian sides. I receive information, I also mention it in my situation reports, but I have no way of determining whether it corresponds to the facts.”

A Russian-installed official in Ukraine said on Wednesday that Ukrainian forces had repeatedly used Western arms to attack the plant, which has two of six reactors operating and has been the subject of repeated warnings from Ukraine, the West and Russia.

On Tuesday, Grossi told The Associated Press news agency that the plant “is completely out of control” and that the supply chain of equipment and spare parts has been interrupted “so we are not sure the plant is getting all it needs”.

“When you put this together, you have a catalogue of things that should never be happening in any nuclear facility,” Grossi said.

Grossi said the UN discussions with parties to the conflict covered a proposed accord on security zones around nuclear plants but he saw no willingness to strike a deal at this stage.

Access to the plant was difficult and overland travel through occupied territory would require special security arrangements, he said. Talks with the Ukrainian government on arranging a visit were under way.

The agency has at times reported losing connection with surveillance systems that keep track of nuclear material at the power plant.

US Secretary of State Antony Blinken on Monday called Russia’s actions around the plant “the height of irresponsibility”, accusing Moscow of using it as a “nuclear shield” in attacks on Ukrainian forces.

Washington was “deeply concerned” that Moscow was now using the plant as a military base and firing on Ukrainian forces from around it, Blinken told reporters after nuclear non-proliferation talks at the UN in New York.

“Of course the Ukrainians cannot fire back lest there be a terrible accident involving the nuclear plant,” he said.

Al Jazeera could not verify battlefield accounts from either side of the war.