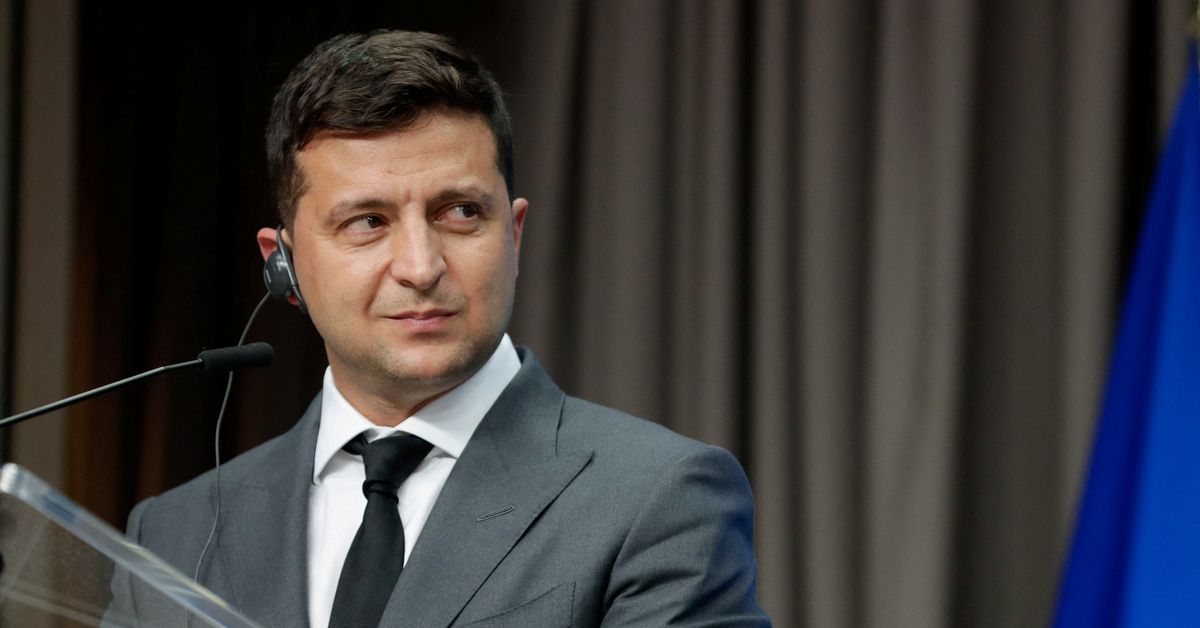 Ukrainian President Volodymyr Zelensky gives a press conference at the end of an EU-Ukraine Summit at the European Council in Brussels, Belgium, October 6, 2020. Stephanie Lecocq/Pool via REUTERS

In an interview with SCMP, the Ukrainian leader urged China to use its outsize political and economic influence over Russia to bring an end to the fighting.

“It’s a very powerful state. It’s a powerful economy … So (it) can politically, economically influence Russia. And China is [also a] permanent member of the UN Security Council,” the report quoted Zelenskiy as saying.

Reporting by Jahnavi Nidumolu in Bengaluru Editing by Shri Navaratnam