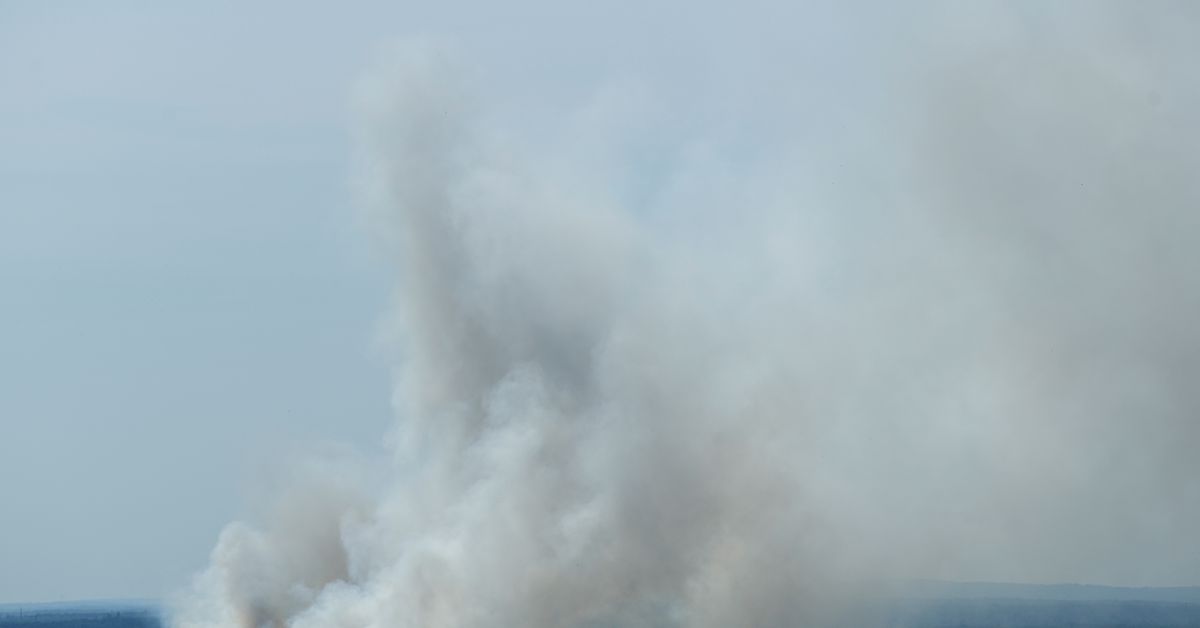 BERLIN, Aug 4 (Reuters) – More than 100 firefighters on Thursday battled a fire at an ammunitions dump in western Berlin, using water cannons and an army robot to try to contain the blaze that has triggered explosions and was still spreading, officials said.

The fire service set up a perimeter zone 1,000 metres (0.6 miles) from the centre of the fire, which it said had spread across 15,000 square metres of Grunewald, a forested area bordered by upscale villas and swimming lakes, as well as the sealed-off ammunitions dump.

Firefighters had been unable to reach the source of the blaze due to several explosions at the bomb disposal site, and they were using the army robot to obtain images of the area.

“Everything is prepared at the borders of the perimeter. That is where we want to stop it,” a spokesperson for the fire service told Reuters.

Berlin frequently carries out bomb disposal operations as explosives are still being discovered from World War Two. The Grunewald site is used to defuse such old munitions, as well as weapons and fireworks, a fire department spokesperson said.

It has been in operation since 1950 and is equipped with fire alarm systems and a firebreak that is several metres wide, police said on Twitter. The explosives stored there were being continuously sprinkled with water.

The fire service said it was unclear what had caused the fire but that several buildings at the bomb disposal site were ablaze by the time firefighters arrived.

No residential areas were affected by the fire, and no evacuations had been ordered.

Berlin is experiencing a heatwave. Weather service DWD forecast Thursday as one of the hottest days of the year with temperatures expected to reach between 34 and 38 degrees Celsius.

Germany has also been tackling wildfires at its border with Czech Republic for more than a week.

Data published on Thursday showed that this summer’s European wildfires have burned the second-largest area on record. read more