Fears of clashes on Jerusalem’s Temple Mount during Sunday’s Tisha B’Av fast day have reportedly led Israel’s political and security echelons to keep widespread road closures along the Gaza border in place through the weekend.

The closures have been in place since Tuesday following the IDF’s arrest of Palestinian Islamic Jihad’s West Bank leader Bassam Saadi the night before. Security officials insisted that the precautionary measures were necessary due to ample intelligence that PIJ is seeking to target Israeli civilians and soldiers in retaliation for Saadi’s arrest.

But Gaza border residents were losing patience Thursday, with some of them gearing for a fourth straight day where they’ve been unable to leave their towns.

Prime Minister Yair Lapid said Thursday that the lockdowns would not continue for much longer, but Channel 12 reported that the government was slated to leave the closures in place until at least the end of Tisha B’Av on Sunday night amid fears of an anti-tank guided missile or sniper attack by PIJ.

The unsourced report said that political and security decision-makers are particularly concerned about what might happen on the Temple Mount during the fast day. Previous Tisha B’Avs have seen over 1,000 Jewish pilgrims visiting the flashpoint site that has been at the center of repeated rounds of Israeli-Palestinian violence in recent months and years.

Israel doesn’t view such visits as a violation of an arrangement known as the “status quo,” which is used to help dictate conduct at the site. The policy allows Muslims to visit and pray at the Temple Mount, whereas non-Muslims are only allowed to visit. But Palestinians view such large numbers of Jewish visitors as itself a status quo violation.

The uptick in Jewish visitors has not just taken place on Tisha B’Av but throughout the entire year, as public opinion has shifted — particularly in the national religious camp — in support of the practice. This is principally due to a growing belief that equates Jewish presence on the Temple Mount with Israeli sovereignty over the site, widely considered the holiest spot for Jews, where two Temples once stood and where the biblical patriarch Abraham is said to have nearly sacrificed his son Isaac before God intervened. 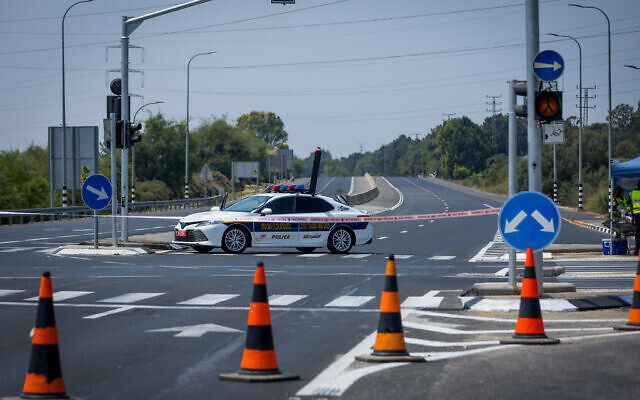 Security forces block roads near the border with the Gaza Strip on August 4, 2022 (Flash90)

To Muslims, the site is known as the Haram al-Sharif or Noble Sanctuary. Home to the Al-Aqsa Mosque and the Dome of the Rock, it is generally considered the third-most holy site in Islam, from which the Prophet Muhammad ascended to heaven. Some consider the entire 36-acre esplanade to itself be a mosque. Though now Muslims pray in the direction of Mecca, for a time, they too prayed toward the Temple Mount. In addition to its religious importance, the site carries immense cultural and national significance for Palestinians.

Visits by Jews have also increasingly featured prayers — sometimes in a quorum, but more often by individuals. Such conduct used to be prohibited by Israel Police accompanying Jewish visitors through the site, but footage in recent years has shown officers allowing the often quiet prayers to continue in what Palestinians claim has demonstrated a further deterioration of the status quo.

As of Thursday night, there were no reports of Israeli plans to curb Jewish visits to the Temple Mount, but Channel 12 said fears of another outbreak of violence at the site led the IDF to hold off on striking the Gaza Strip in recent days in response to PIJ threats and increased activity along the border.

In response to Saadi’s arrest, the Gaza-based PIJ announced in a Tuesday statement that it was declaring a state of “alertness” and raising its fighters’ “readiness.” 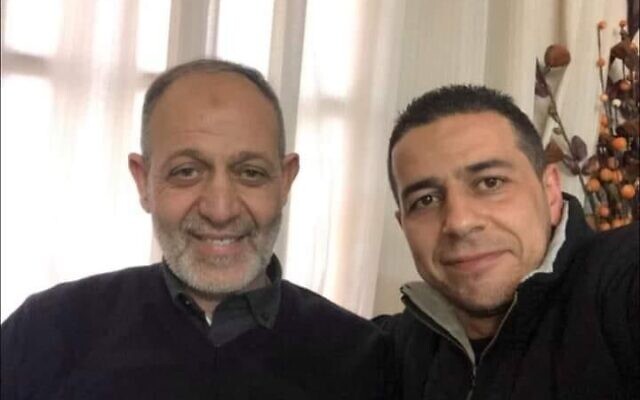 While Gaza-ruling Hamas has carried out a number of arrests of PIJ members in a bid to maintain calm in the Strip, Channel 12 reported that the Israeli security echelon is concerned that it will capitalize off of tensions in Jerusalem as it has in the past, opening up a multi-front wave of violence.

Earlier Thursday, the IDF announced that it was boosting forces near the Gaza Strip amid widespread road closures due to fear of an imminent revenge attack by PIJ. Over the past several days, the IDF worked to thwart attempts by Islamic Jihad squads to launch such an attack on the border, flying armed drones over the Strip.

The IDF also closed the Erez Crossing for pedestrians going in and out of Gaza. The border checkpoint is used by thousands of Palestinian workers every day.

Emanuel Fabian contributed to this report