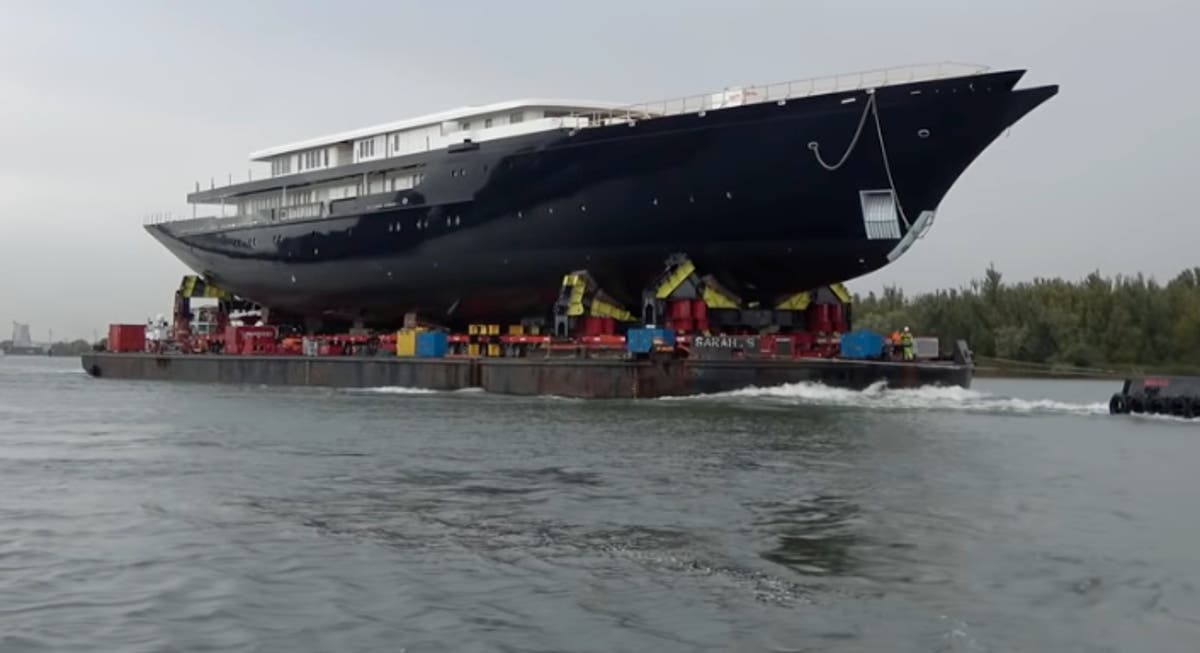 Jeff Bezos’s yacht was quietly towed out of a Dutch shipyard this week, German magazine Der Spiegel reports. The ship previously attracted boatloads of controversy after its manufacturer asked the city of Rotterdam to dismantle a historic bridge to let it through.

The yachting firm, Oceanco, eventually withdrew the request, and hauled the Amazon billionaire’s 417-foot vessel to the Greenport shipyard early Tuesday morning, taking a more obscure route outside the city center that didn’t require passing under the bridge in question.

Hanco Bol, a local yachting enthusiast, spotted the transport in progress around 3am and posted a detailed video of the three-hour journey on YouTube.

He speculated that the alternate route was chosen “to keep the launch and transport under wraps”.

“We never saw a transport going that fast,” he wrote in the caption of his YouTube video

The yacht, dubbed Y721 and reportedly worth $500m, may have left its original docking in Alblasserdam, Netherlands, but it leaves a checkered reputation behind.

The project came in for a storm of criticism when the shipbuilder asked Rotterdam in February to temporarily take apart the Koningshaven Bridge, a nearly 100-year-old local landmark, to allow the massive, three-mast vessel to pass underneath it.

“There’s a principle at stake,” Stefan Lewis, a former City Council member, told The New York Times, describing the outrage from Rotterdammers. “What can you buy if you have unlimited cash? Can you bend every rule? Can you take apart monuments?”

Locals even planned to egg the yacht as it sailed to its next port.

In July, the Dutch newspaper Trouw reported that Oceanco withdrew its request to dismantle the bridge

“As a result of the reports, shipyard employees feel threatened and the company fears vandalism,” Trouw reported, according to public records it uncovered.

Mr Bezos has positioned himself as a leading climate philanthropist, and plans to give away $10bn through his Bezos Earth Fund, but he also lives an extremely high-carbon lifestyle.

The former Amazon CEO is one of the biggest landholders in the US.

Superyachts like the Y721 emit about 1,500 times more carbon than a typical family car per year.