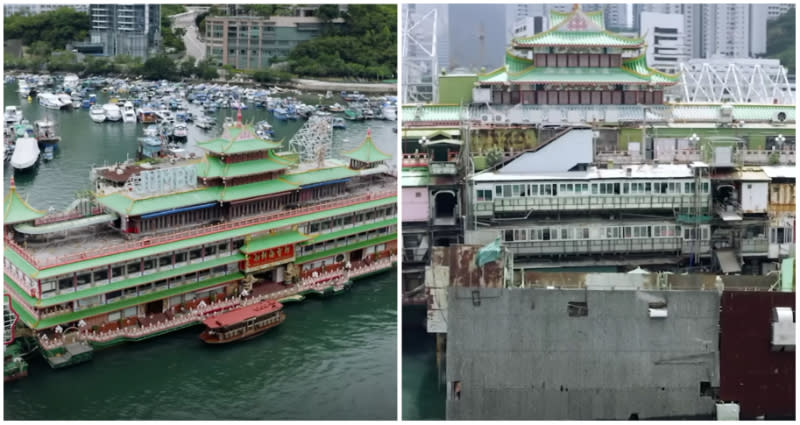 Hong Kong’s Jumbo Floating Restaurant, which closed its doors in 2020 but made headlines when it began to sink earlier this year, is now allegedly trapped upside down on a reef.

A Hainan Maritime Safety Administration duty officer said on Wednesday that the iconic boat was still near the Paracel Islands, also known as the Xisha Islands in China.

“We are still looking into the incident. The vessel capsized and keeled over, and was trapped on a reef off Sansha [in Hainan]. As far as I know, this is the latest situation,” he reported. “We cannot say for sure how much longer the investigation will take. It is being conducted in accordance with the relevant laws.”

The Jumbo Floating Restaurant first capsized in June due to rough seas while en route to Cambodia after closing its doors in 2020.

More from NextShark: Teen Killed in Knife Attack at Chinese Restaurant in the UK

The vessel’s owner, Aberdeen Restaurant Enterprises, shared that the COVID-19 pandemic had devastated tourism in the area, leading to an accumulated loss of $12.75 million which forced the restaurant’s doors to close.

The duty officer also noted, “Presently there is no threat to the safety of navigation in the area,” while declining to discuss the state of the Jumbo.

After opening in 1976, the restaurant had become an iconic landmark in the area, attracting tourists to its doors for nearly 45 years while offering banquet-style fine Cantonese cuisine.

It is unclear whether authorities plan on recovering the vessel.